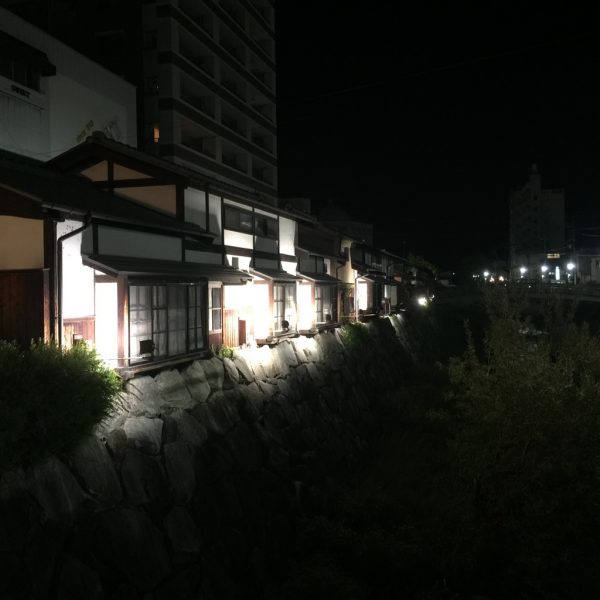 Hello again, loyal readers.  It’s time for the second installment in our “Out on the Town” series, with the fist piece having gone out in June of last year.  If you missed it, you can check it out here: https://www.kamikochi.org/history/out-on-the-town-part-1-interview-with-a-ramen-chef-5

This time around, we’ll be looking primarily at two locations that are fun to explore either by day or by night while you’re in Matsumoto.  While often mentioned in relation to its famous castle or tantalizing proximity to Kamikochi, Matsumoto is actually a great place for shopping and night life.  With plenty of shops and a high concentration of licensed eateries, the city has definitely got you covered for both day and night and its manageable size makes it easy to explore at your own pace.

The two streets discussed in this article run along either side of the Metoba river, extending eastward from the main road leading north to the castle.

The first stop on our tour brings us to Nakamachi, which is centrally located and suitable for a leisurely midday stroll.  Short in length but long on character, Nakamachi’s defining feature may be its many kura, (蔵), old storehouses re-purposed to house shops and restaurants. These buildings definitely add some old world character to the area, and have sadly been disappearing of late to make room for new construction projects. 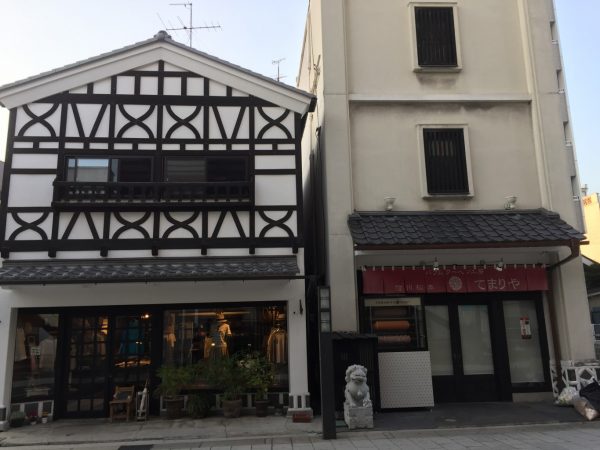 Quaint shops and quality handicrafts are the order of the day on Nakamachi.  Temariya, on the right, sells high quality Baumkuchen that makes a great gift for your Japanese hosts. 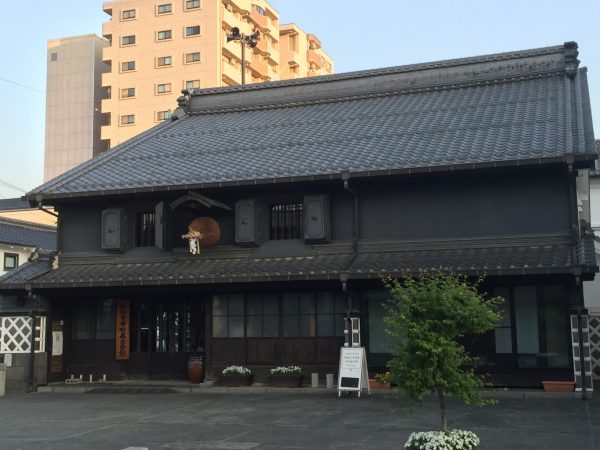 Nakamachi cuts a swathe of old world charm through the modern city center of Matsumoto. 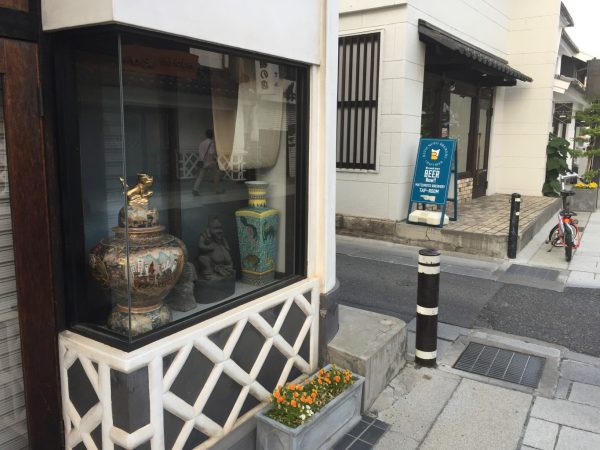 Keep your eyes peeled. You never know when there will be a brew pub hiding around the corner. 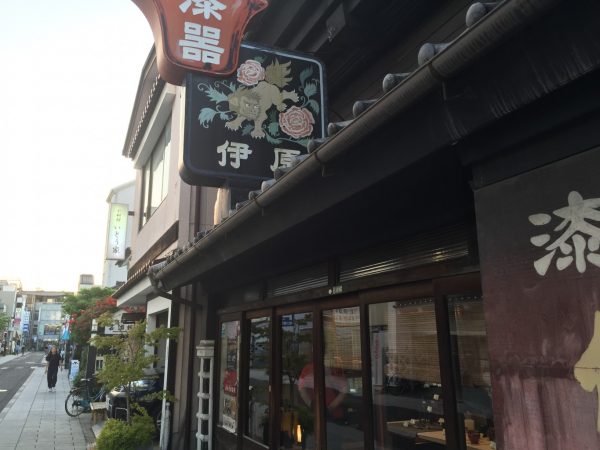 Remnants of the mid-20th century are on display on Nakamachi, along with many from more distant times.

The picture below is actually from a side street running parallel to Nakamachi.  The shuttered windows up top are characteristic of old kura-style buildings. 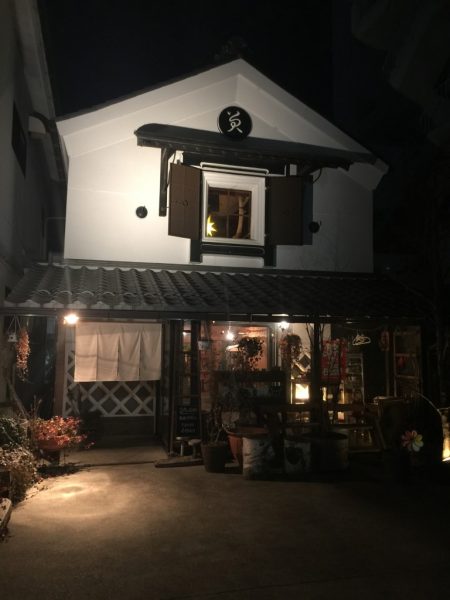 I haven’t yet tried their okonomiyaki, but MoiMoi’s kara-age is very nice.

On and around Nakamachi, you can also find such popular ex-pat hangouts as The Old Rock, an Irish-style pub, and Hulala, where travelers who’ve been subsisting on Japanese food for weeks on end can satisfy a yen for a juicy burger.  We recommend having a look around for an interesting, out of the way hovel, however.  It’s in places like these that you get a real sense of the small establishments with low key charm that characterize the area.

Matsumoto’s famed “Frog Street” might draw the eye more than the neighboring Nakamachi due to its rather unique setting.  Stoutly garrisoned by a small police box at the street’s opening, the street (or lane, rather) runs between a shrine on one side and the tranquil Metoba River on the other.

The name “Nawate” is said to derive from the fact that the street, which historically ran along an outer moat of Matsumoto Castle, is long and narrow like a rope (縄).  The street’s frog theme can be seen in the many frog statues and decorations scattered around the place as well as charms and knick knacks in gift shops.  This theme is said to derive from the ambient croaking of kajika frogs on the banks of the Metoba river.  Always a promising spot for visitors, Nawatedori saw its place as one of the city’s premier tourist spots confirmed after a 2001 refurbishment.

Traditional Japanese products such as tenugui (hand cloths often worn as head scarves), zori (tatami slippers for a dash of Edo Period chic), and shikki (lacquered chopsticks, bowls, etc.).  For those who have experienced the chaotic tourist-oriented frenzy of Tokyo’s Asakusa area, Nawatedori is a much smaller, more sedate place to browse with, on the whole, more tasteful handicrafts.  It also partners very nicely with Nakamachi.

To experience all of Nakamachi’s charm, come during the daytime.  Quirky shops with a dizzying array of trinkets, kiosks selling confections, and the popular Sweet Cafe, whose patio is perfect for people watching are all among the area’s recommended diversions. 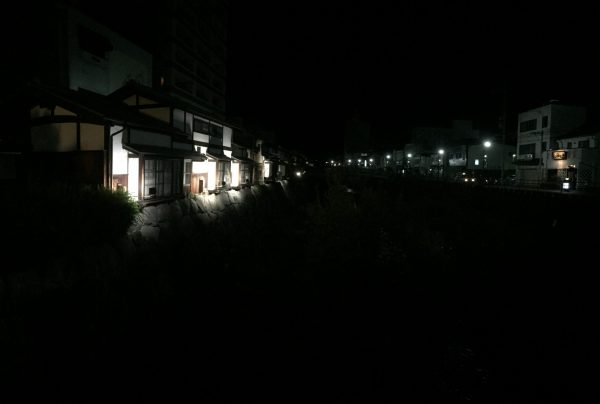 Tranquil by night, but lively by day.

After dark, of course, there are some bars and cafes which remain open, but you will find more variety just beyond Nawatedori and to the northeast of the shrine.  There are a plenty of Japanese izakaya and a surprising number of wine bars in this area.  One place I patronized with decent regularity during my time in Matsumoto was Baden Baden, which specializes in European cuisine and German beer.  It might also be the only place in town that serves baked Alaska (always a hit on date night). 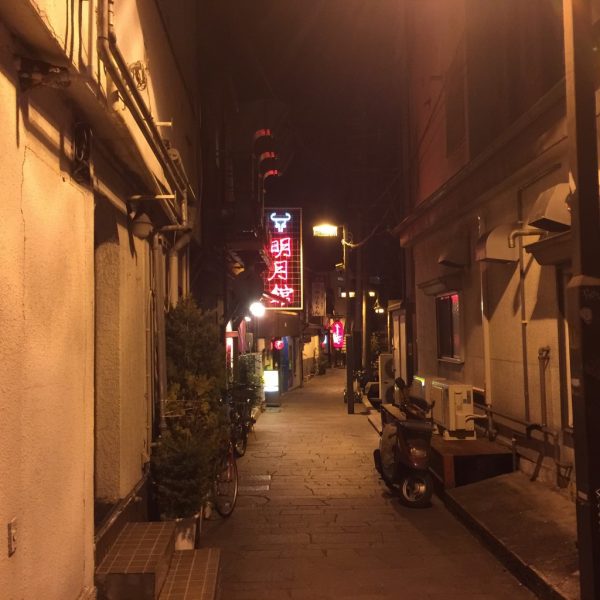 One of Nawatedori’s side streets. Yes, you’ll be perfectly safe here. 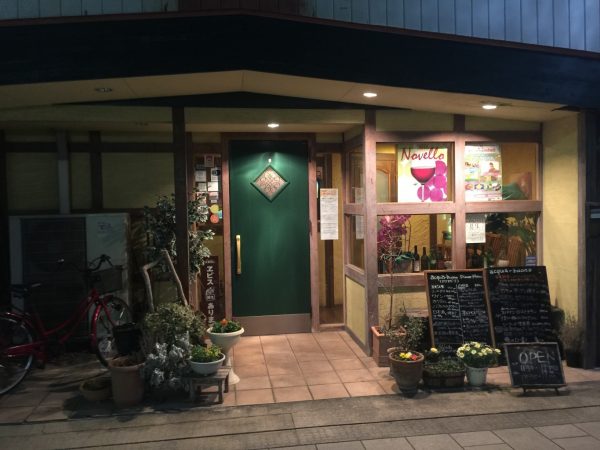 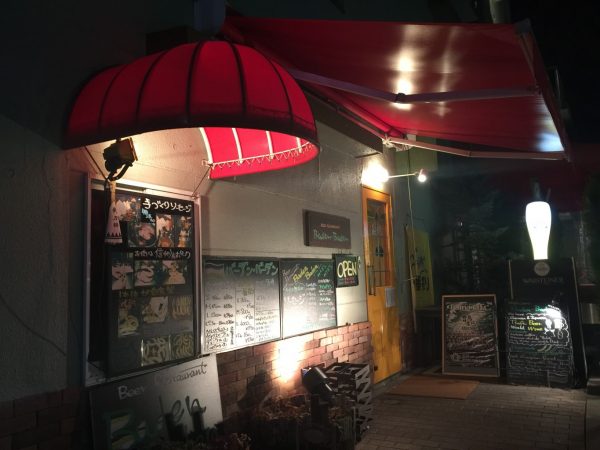 Baden Baden, for tasty beers or a moderately upscale night on the town with friends.

I am not exaggerating when I say that there are far too many worthwhile shops and eating/drinking establishments in these two areas to introduce in a short article.  Instead, I recommend exploring this cozy conurbation of streets arond the Metoba both by day and night and getting the lay of the land before settling on a place that most suits your tastes.  Bar hopping around the area, perhaps while sampling local sake is also a popular option.