Home > Learn about Kamikochi > About the National Park

About the National Park

Explore the Network of National Parks in Japan.

As a way of preserving nature, many national parks are kept out of reach. Not here. Kamikochi is part of an amazing park system offering great access to the great outdoors.

Chubu Sangaku National Park, located in the center of the Hida Mountain Range (also called the Northern Japan Alps), is the highest mountain range in Japan looming over the central of the main island. The Hida Mountain Range makes the backdrop of the park and stretches from the north to south. The mountains lie in two rows in the northern part and in three rows in the southern part.

Mt. Tateyama is located in the northern part of the park and is known for heavy snowfall in the winter. The Kurobe River which flows between the Tateyama and the Ushiro-Tateyama Mountains creates one of the longest and deepest gorges in Japan with cliffs created by intensive erosion on both sides. The area from Mt. Tateyama to Mt. Yakushidake (2,926 m) holds many places of interest including two lava plateaus, Goshikigahara and Kumonotaira.

A range of high mountains stretching to the south leads to Mt. Oku-Hotakadake (3,190 m), the highest peak of the mountain chain, and then a line of lower mountains extend to Mt. Yakedake (2,455 m), an active volcano. The Azusa river flows through the Kamikochi basin and presents beautiful scenery of the valley. Kamikochi has rich natural beauty composed of the rocky mountains of Hotakadake, riverside forests and clear streams.

The subtle beauty is the finest example of Japanese natural scenery, this sacred highland is loved by many. Mt. Norikura capping the southern end of the park is a group of six volcanoes. A plateau extends to the east creating an area called Norikura Kogen which is known for agriculture and recreation.

Amid growing interest in national parks and nature preservation, the Chubu Sangaku National Park was established 1934. The area was deemed a “Place of Scenic Beauty”, with a bounty of “Special Natural Monuments”, or features of the natural environment like animals, plants, and mineral deposits protected by law for their academic and aesthetic value. Over time, various locations in and around the park have also gained special status, such as Shirahone Onsen which was named a Special National Monument in 1952.

Today, Japan’s National Park system is overseen by the Ministry of the Environment that makes rigorous efforts to preserve the country’s precious natural assets. 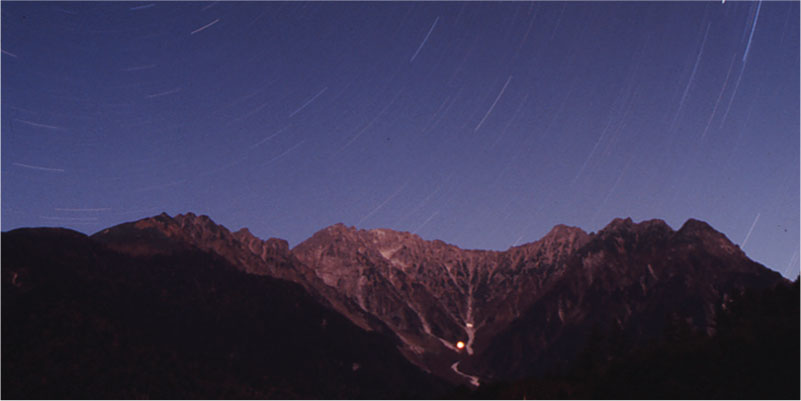 The geography of the Chubu Sangaku National Park is largely determined by that of the Northern Alps to which park boundaries broadly correspond. At the southernmost reach of the park is Mt. Norikura (3,026 m) and at the northernmost reach Mt. Tateyama and Mt. Tsurugidake. One thing you will notice while hiking ridges in the Northern Alps is that you will often be straddling a prefectural border, the reason being that mountains formed natural boundaries between domains in the past. So the park includes chunks of Nagano, Toyama, and Gifu Prefectures as well as bordering Niigata at Mt. Asahidake. 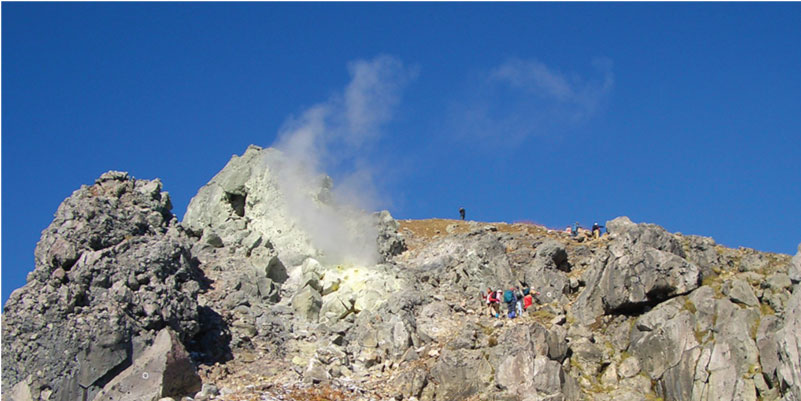 Kamikochi is rightly considered one of the Jewels in the crown of Chubu Sangaku owing to its scenic beauty and proximity to other highlights within the park. In addition to the appeal of Kamikochi proper you can also access popular locations such as Mt. Yari and the Omote Ginza hiking route located deep inside the Northern Japan Alps. The wide variety of hiking options available as day trips from Kamikochi is discussed in our trekking section. For perspective, consider the fact that Walter Weston visited Kamikochi regularly over the course of fifteen years and never tired of climbing the surrounding peaks. One could spend years exploring the area and only see a fraction of it. Other Chubu Sangaku highlights include the holy mountain of Tateyama at the northern extreme of the Alps and its imposing neighbor, Mt. Tsurugidake. A long hike, best attempted in summer, even links these peaks with Kamikochi. Visitors vacationing in the Kamikochi area also have easy access to Norikura Highlands and Shirahone Hot Springs, both discussed in our “Other Attractions” section.

Proximity to key locations in the park including Kamikochi is also what makes Matsumoto and Takayama important urban hubs for visitors planning tours of the area.

Getting from place to place in and around the Chubu Sangaku National Park will often involve a combination of trains and buses. Some trailheads outside Kamikochi may be reached directly by car, such as the Nakanoyu trail to Mt. Yakedake. Others, like the Shinhotaka Ropeway and the Tateyama Kurobe Alpine Route, use other, more exotic forms of public transportation. Transportation to and from Kamikochi and the surrounding areas is covered extensively here.

About National Parks in Japan

Broadly speaking, a national park is a large area that is mandated, regulated, and protected by federal law. The International Union for the Conservation of Nature (IUCN) considers national parks as “protected areas” and identifies certain key features of these areas, including “statutory legal protection” and the prevention of exploitation of natural resources. Earlier stipulations also included visitors being allowed to enter the park on the condition of following certain rules. This point is crucial to our discussion, so please read on.

Historically, national parks have played key roles in national identity and in creating a sense of connection between culture and nature. For an example of this, look no further than the world’s first official national park, Yellowstone, which was founded in 1872. Places like Yellowstone and Yosemite command instant recognition and evoke powerful feelings for nature lovers in the United States.

In Japan, National Parks are areas that are designated as significant to Japan’s natural environment and subject to regulations intended to preserve and protect them to the greatest extent possible. These regulations vary from place to place, but typically they emphasize the preservation of wildlife and plant life, as well as acts that harm the environment such as littering. The law that laid the groundwork for such areas was the “Natural Park Law” of 1957, which replaced the earlier “National Park Law” of 1931 and began the serious business of managing nature preserves in modern Japan. 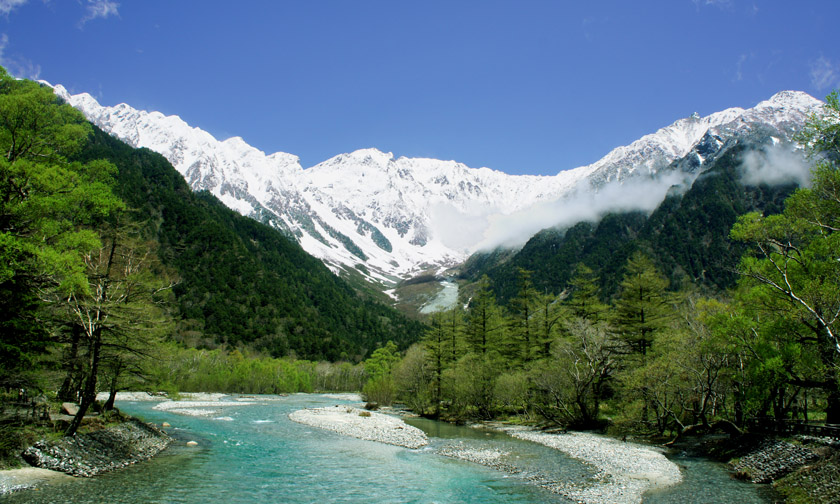 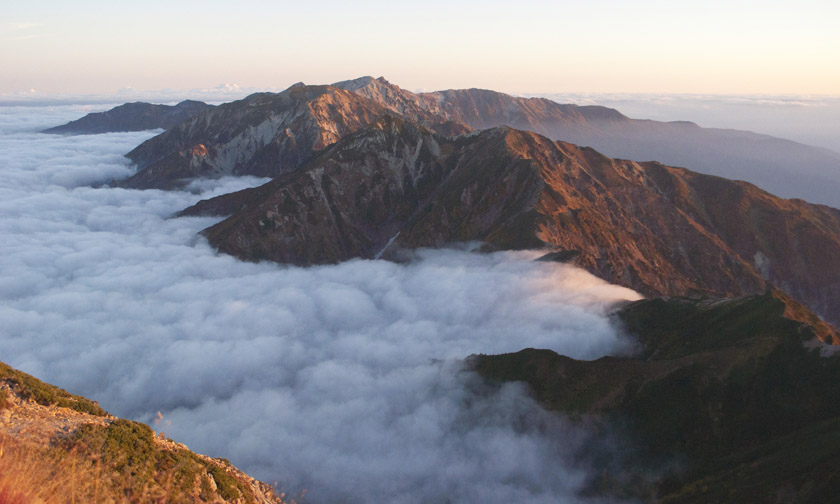 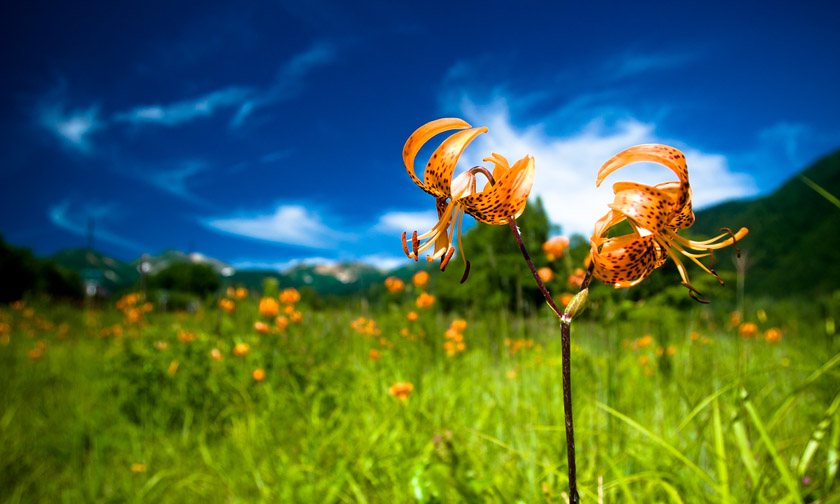 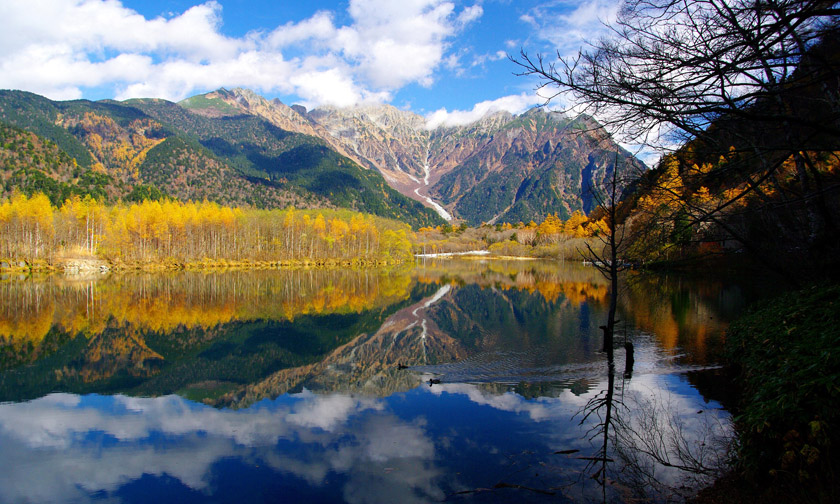 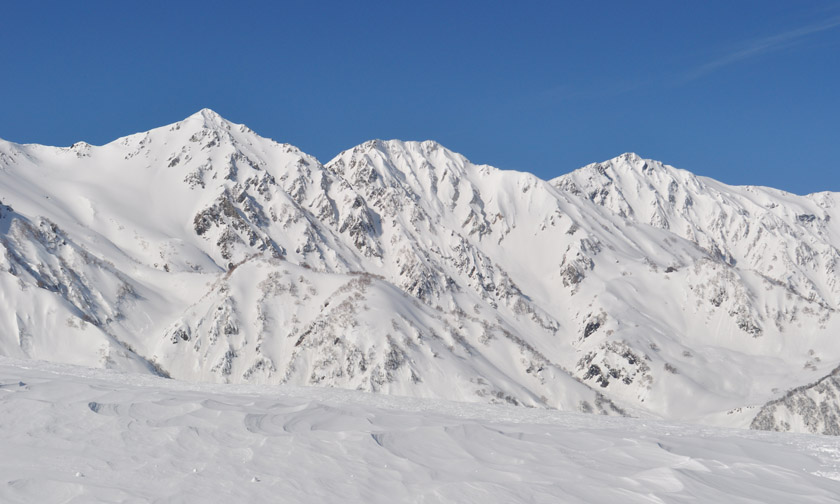 The Journals are written by people who love Kamikochi and want to share their experiences with you.

Learn about the Authors