My how time flies.  It will son have been 100 years since Mount Yakedake properly blew its top, setting in motion events which would literally reshape the landscape of Kamikochi.  For in addition to being terrifying for anyone who happend to be in the area, the erruption had the foruitous effect of damming the Azusa River and creating the sublime Taisho Pond.  One can’t help but think it miraculous that something so beautiful and serene could come from the stark, primeval terror of a volcanic erruption.

One hundered years later, the Taishoike Hotel continues its proud tradition of serving visitors to area and the proprietors are now preparing a celebration to mark the centennial.

For those of you who are unfamiliar with the history of Taisho Pond and its surroundings, here’s a quick primer.  The lake itself takes its name from the fact that the erruption that created it occurred during the Taisho Period, itself a kind of Edwardian Summer for Japan with its mingling of centuries-old Japanese tradition and imported Western elegance.  This was the last major erruption for Mount Yake, which continues to tower sternly over a lake boasting great views of the mighty Hotaka range.  Under the right conditions, all of the mountains on the horizon are mirrored in the pond, creating a pleasing panorma of alpine slendour.

The Taishoike Hotel also has a long history which has porgressed in tandem with the lake and it continues to enjoy and idela location right at the edge of its famous namesake:

Sitting at the edge of one of Kamikochi’s most celebrated landmarks, the hotel is ideally situated.

Now, with mid-April approaching, we are also drawing near to the 100th anniversary of Taisho Pond’s creation on June 6th, 1915.  In commemoration of this event, the Taishoike Hotel will be holding a special event which includes a lecture on the historical event (in Japanese, presumably).  Dinner reservations can also be made, and details on this and other topics may be aquired by calling this number: ０２６３－９５－２３０１

On the topic of Taisho Pond, we have recently been receiving questions about how best to visit it on a trip to Kamikochi.  While there are various ways to access the area, including a round trip hike from the bus terminal and back, what I would suggest is getting off at the Taishoike bus stop on your way into Kamikochi, then doing the enjoyable hike from the pond to the main bust terminal (just over an hour) and then taking it from there. 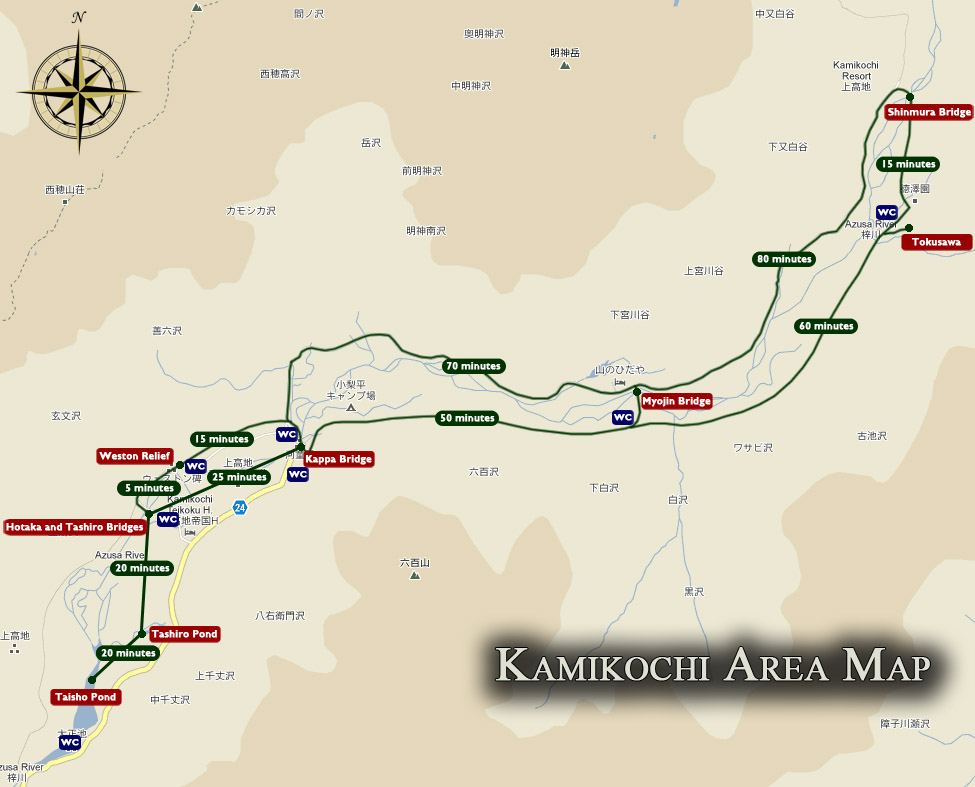 This entry from our homepage also includes info on some popular walking routes for visitors with tight schedules: https://www.kamikochi.org/blogs/187-popular-walking-routes-a-spring-2013-preview.html

Whatever you are planning for your trip to Kamikochi, stopping by the pond is highly recommended.  I can truthfully say that when I first visited Kamikochi over a decade ago, it was the mirror like sheen of Taisho that most struck me.  Since then, of course, I’ve found many other things to appreciate, but my memories of the pond in spinrg summer and winter have stayed with me.

Be sure to keep an eye on this page in the coming weeks as we bring you up to the minute reports on the fast approaching 2015 spring season.  Good luck with your preparations and best wishes for an unforgettable visit!