In the past, the times when KamaTunnel was not yet open, the local people from Shin-Shimashima would walk in and out of Kamikōchi to earn their living.

Right now, this mountain trail known as “Tokugo-Toge-Goe” which requires good 9 hours of walking to pass.

Kamikōchi is a basin surrounded by the North Japan Alps, and it is 1,500 meteres above sea level at Kappa Bridge. Every year, many tourists and climbers of the Alps come from all over Japan to visit here. What they all have in common is that they enter through Kamikōchi’s gateway, “Kama Tunnel” by bus or taxi. Due to a muddle of information, still no one knows of the exact year of the tunnel’s opening. 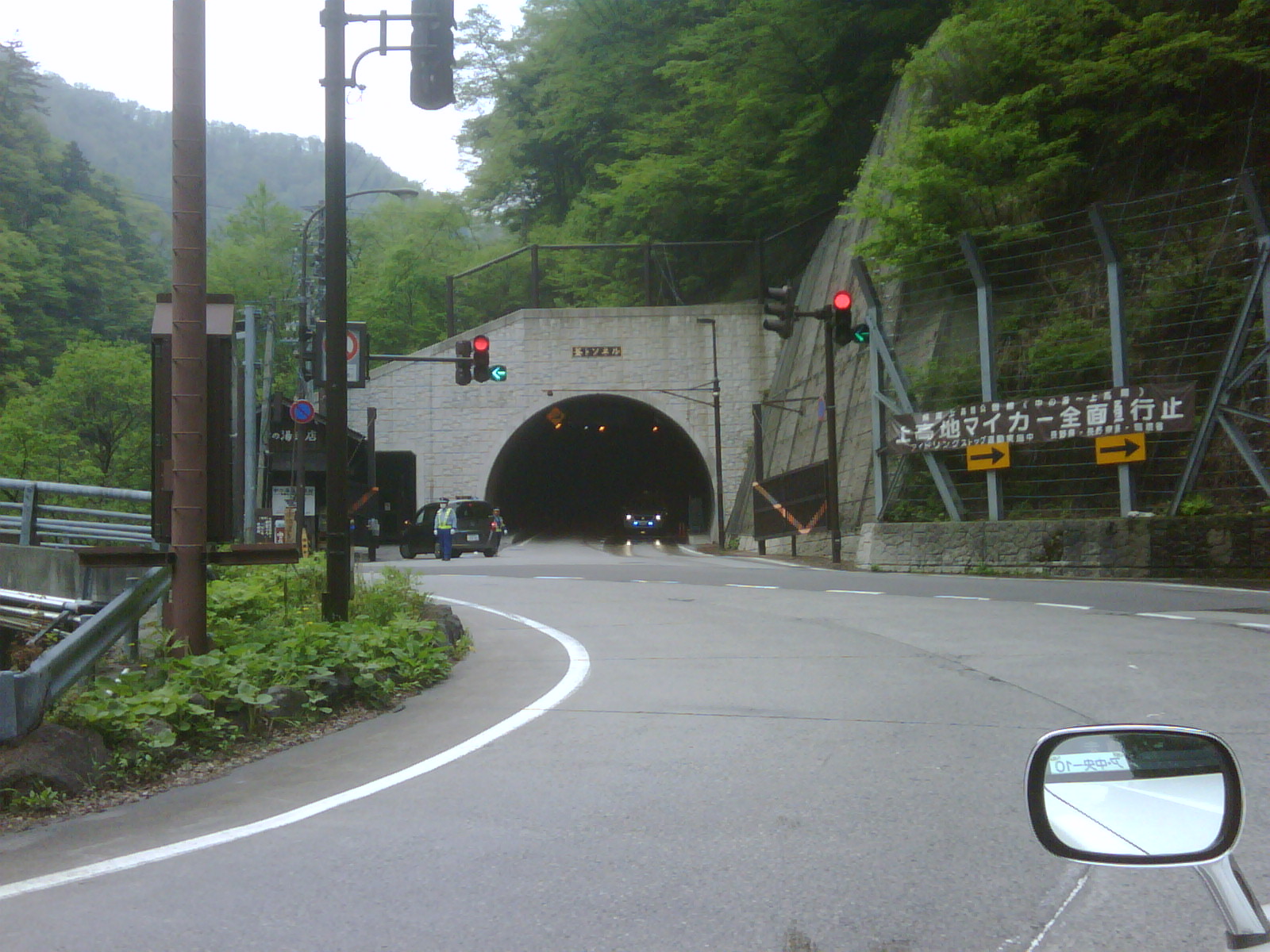 As time progressed, Tokugo-Toge-Goe (mountain trail leading to Kamokchi) lost its need to exist, and then sadly faded from people’s memories. In 1927, upon the opening of the road from Sawando to Kamikōchi, the traveling time to reach Kamikōchi from Akamatsu (Shin-Shimashima) was shortened down to only 1 hour. By the time when the motor vehicle became widespread across the country during the high economic growth period (1955-1975), the mountain trail was already a history.

Missionary Walter Weston (1861-1940) is known as the father of modern Japanese mountaineering. He walked over Tokugo-Toge-Goe (mountain trail leading to Kamikōchi) many times during his stay in Japan. One morning, on his second attempt to climb Mt. Yariga-take (3,180 m), he described his happiness of walking over the mountain trail in his book “Mountaineering and Exploration inthe Japan Alps” (1896) as follow: 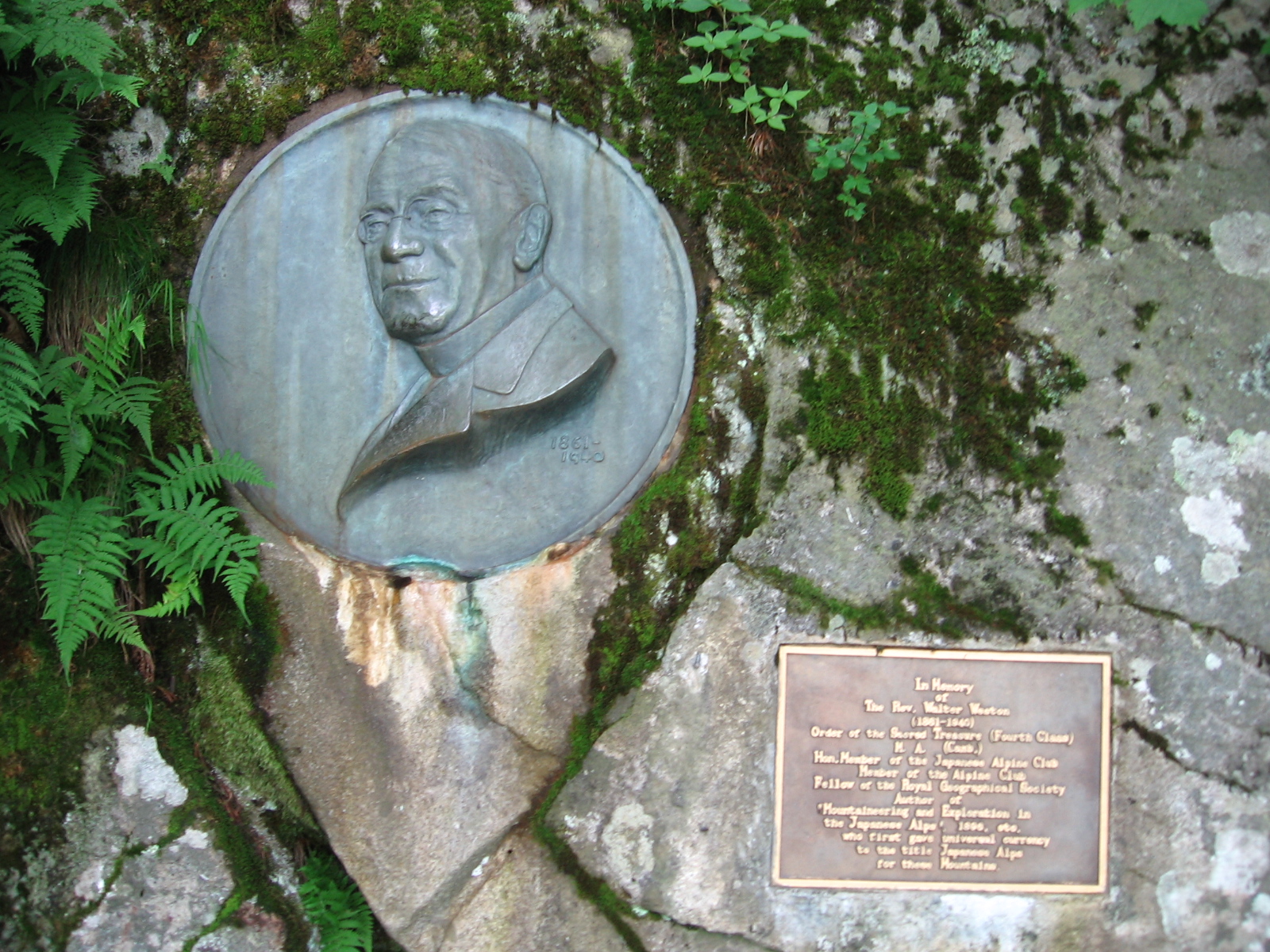 “The air of the valley was fresh and pure, and the dewdrops trembled like diamonds on every leaf. The sweet scent of the tall straight pines that shaded our road, the murmuring torrent below and the deep blue vault that spread a narrow canopy above the tall sides of the now familiar ravine, made even existence itself a delight. Truly we were in Nature’s Academy, hung with some of the choicest of the Creator’s masterpieces.”

Despite a current boom of mountaineering in Japan, there are only a few passionate mountain climbers aware of existence of the mountain road. Ironically, thanks to that, I believethis mountain road is only isolated mountain road for people who want to enjoy a peaceful and meaningful walk.

One of Best Mountain Views in Japan

A mountain view from the lookout of Tokugo Pass is widely known as one of the best views in Japan. Through the years, many eminent people have praised this mountain view. Unfortunately, since there is not enough space to present all such applause, let’s see what Missionary Walter Weston (1861-1940) said about it from his book (Mountaineering and Exploration in the Japan Alps (1896)):

“The view from near the highest point of the pass is one of the grandest in Japan, so entirely does is differ in character from the ordinary mountain landscapes with their rounded outlines and verdure-clad slopes. With the broad white pebbly bed of the Azusagawa sweeping round its southern foot, the tall form of Hodaka-yama (Hodaka mountain range) rises before us face to face. The highest granite peak in Japan, 10,150 feet above the sea, its towers and pinnacles, that spring from ridges seamed with snow, give it its picturesque name, ‘the mountain of the standing ears of corn.’”

As you can see from the above, I can assure you that the heart of Tokugo-Touge-Goe is the mountain view from the lookout of Tokugo Pass. Fortunately, as it takes only 2 hours to walk up there from Kamikōchi. It would make a worthwhile trip to go up there if you have some time.

I hope this illustrated list help you to get to top of Tokugo Pass from Kamikōchi Bus Terminal.

Thank you for reading!

Have a safe journey & a great time!