Happy Halloween to all of our dedicated readers.  The last day of October is always bittersweet as, even amid the rich swirl of seasonal color, it marks the countdown to the end of the season in mid-November.  Unphased by this development, Kamikochi’s troops of fur-clad Macaques have brought their appetite for hijinks (and berries) into our midst once more. 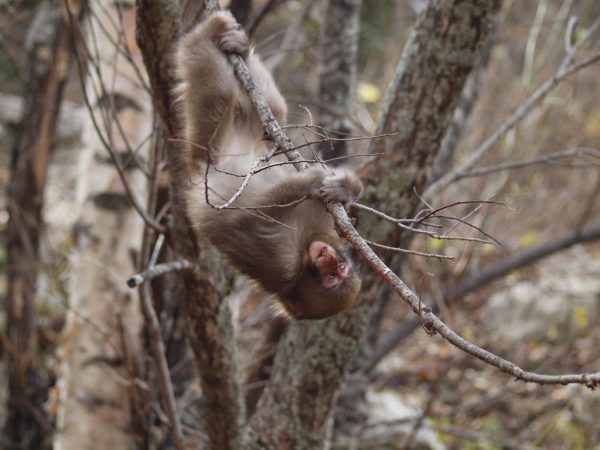 One of the things that distinguishes monkeys from their ape relatives is that they are adapted primarily to living in trees.  This is why they can hang upside down, casually picking at a fruit-laden branch without a second’s thought about falling out of the tree .  Hailing from one of the colder parts of of Japan, these particular monkeys are somewhat plumper than those from other areas.  They are not very long-lived, with females often having a lifespan of about six years.  In exceptional cases, males may live up to thirty years or so.  Compare with the hardier members of the ape species who can live up to sixty. 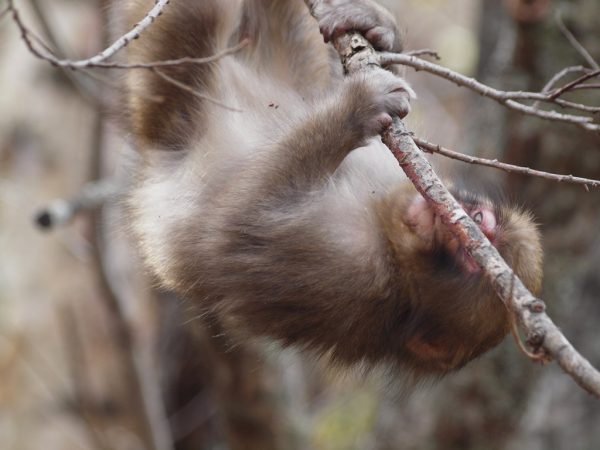 The monkeys you see here were encountered by a National Park Guide blogger in the Myojin area of Kamikochi and you might very well see them around the park at every time of year.  As always when addressing this topic, we are at pains to remind people that the Japanese Macaque is best admired from a distance.  To date, there are no recorded cases of attack on humans by monkeys at Kamikochi, but you probably don’t want to be the first, so put that selfie-stick away and give them a wide birth.   And yes, we know their kids are adorable, but approaching them for an award winning macro shot could lead to having a maternally outraged mother on your back. 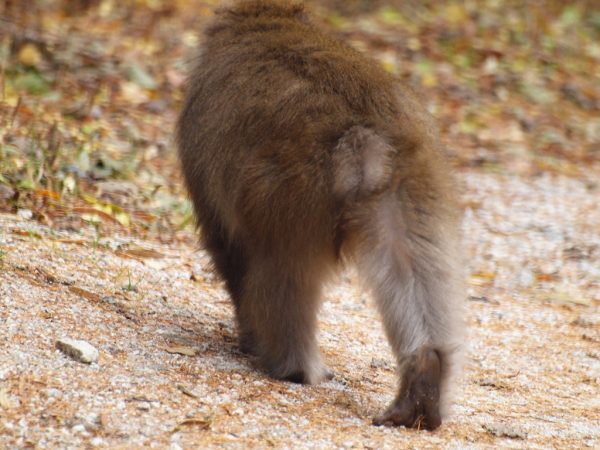 Japanese Macaques have stubby tails which are shorter than those of some other old world monkeys and also non-prehensile.  This means that, unlike new world monkeys, they wouldn’t have much luck hanging from trees with them. 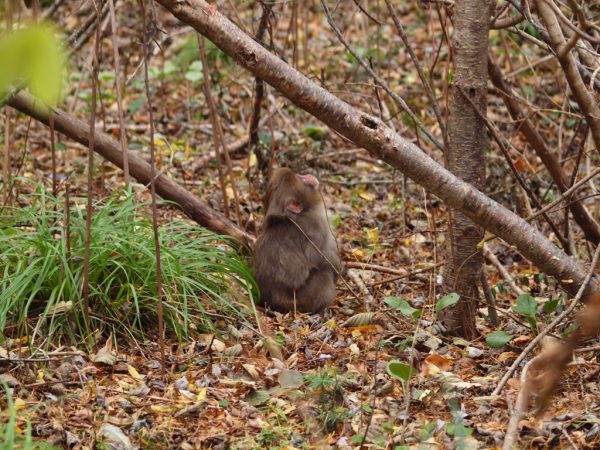 Japanese macaques are omnivorous, feeding on a large variety of plants ad well as insects…and possibly your sandwich if you don’t keep an eye on it.

As always, the most important thing to remember about Kamikochi’s monkeys is the fact that the park is their home.  Modern humans have posed a number of threats to monkeys as city life and industry have expanded into Japan’s forests, but at Kamikochi we uphold the ideal of nature being left undisturbed.  In short, they have adapted to us and to some extent lost their fear of us, but it’s vitally important to respect them and give them space.

Thanks again to the bloggers at NPG for their stellar contributions to the online discussion of Kamikochi. 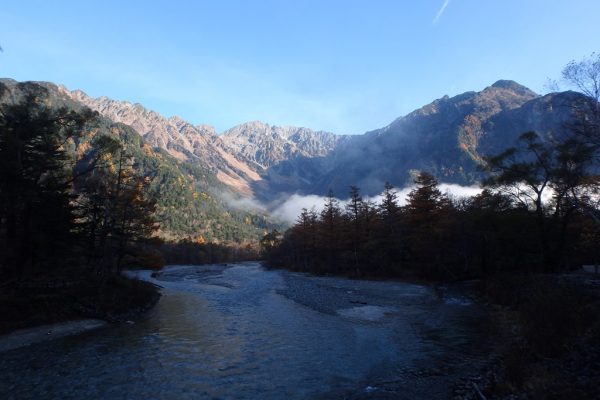 For our part, we will keep bringing you updates on Kamikochi until the end of the season when our focus will likely shift to Matsumoto.  Stay tuned for what promises to be a suitably grand sendoff to autumn 2016!