Having received a proper battering from Typhoon 16, Nagano Prefecture has seen its weather turn cold and wet with occasional periods of clear skies over the Kita Alps.  But neither snow, nor sleet, nor hail will stop the forays of monkeys into the Kappa Bridge area.  And with grunting and gamboling, they were certainly making their presence known, with the exception of this thoughtful soul seen here contemplating life’s mysteries far from the madding crowd: 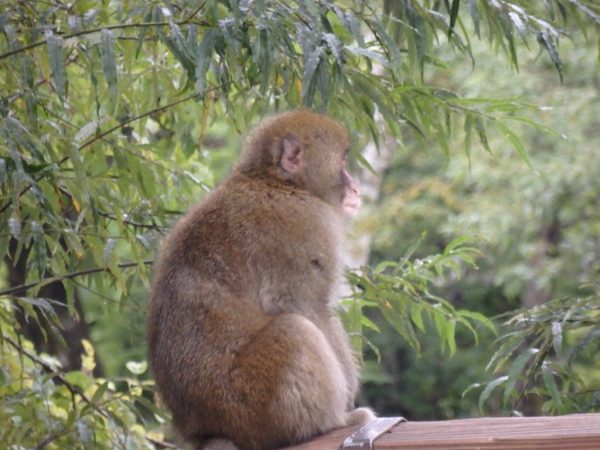 The monkeys aren’t the only ones contributing to Kamikochi’s ambient soundtrack.  Perceptive hikers might notice a distinctive and discordant call among the more melodious tones in the woods.  This belongs to the Eurasian Jay, recognizable by its light brown underbelly and penchant for raising a racket when alarmed. 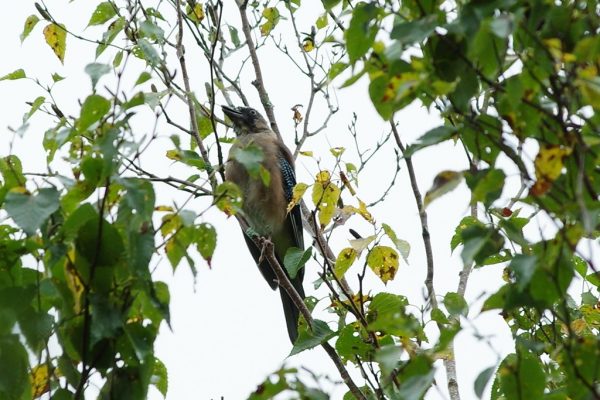 And here’s an example of early autumn flora in the form of a colorful branch of persicaria: 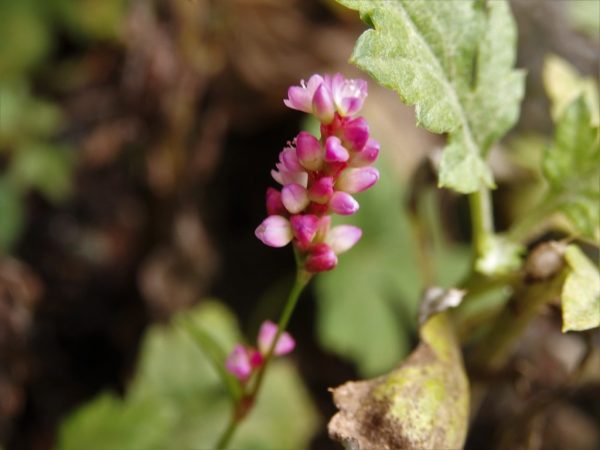 As for the autumn foliage we are all waiting so intently for, it has yet to take effect at the 1,200 level where Kappa Bridge and other well-known Kamikochi landmarks are found.  However, up higher in the Karasawa Col there is already a generous splash of color providing a prelude to the spectacular display that will follow in October.

And on the topic of Karasawa:

After a series of severe injuries on the course linking Karasawa with the Oku-Hotakadake peak, authorities are urging hikers to wear helmets when venturing along this route.  A layer of protection between your skull and a jagged rock can mean the difference between a knock on the head and a potentially fatal injury.  Speaking from personal experience, I’ve had some anxious moments dodging falling rocks while traversing the ridge between the Kitahotaka and Oku-Hotakadake peaks.  But the Nagano Police have also catalogued a number of incidents in which people who had fallen medium to long distances had their lives saved by helmets. 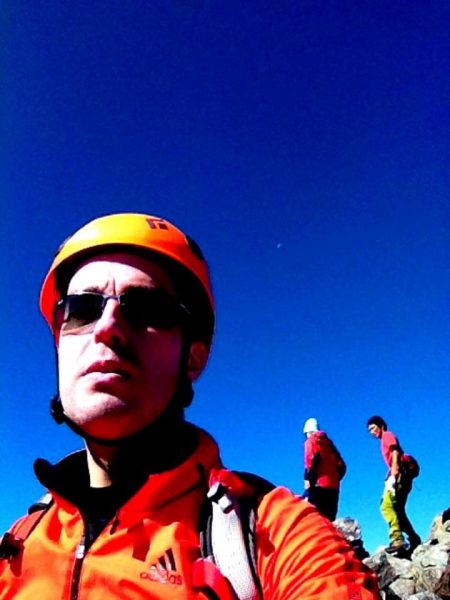 If you’re passing through Karasawa and wish to rent a helmet, you can get them at the Karasawa Hyutte mountain lodge for 1000 yen per helmet, per day.  They can be returned to the Kamikochi Visitor’s center when you’ve finished with them.  Better to have one and not need it than need one and not have it.

Weather and safety concerns aside, it’s shaping up to be another tremendous autumn season in Japan’s favorite alpine playground.  Keep warm and dry and stay safe!