A while back, I promised you more insects, and here I’m delivering. It’s not that I’m a big fan of bugs myself, but I figure that these pictures merit some mention. One might think that since Kamikōchi is now getting quite cold, the numbers of bugs would decrease as well. But as these pictures, taken by one of the national park guides, show, there is no decrease in these little critters. In fact, the bugs now making appearances are just different kinds from those seen earlier in the year. These are the ‘cold-lovers’. I guess they are like me, but don’t group us together, please. 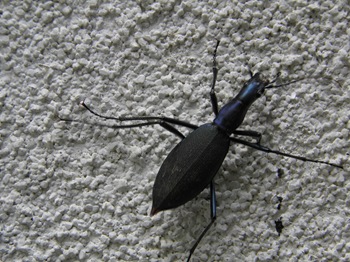 Above, this mai-mai-kaburi is slowly making way. Apparently, this guy is seen from spring until fall and should soon start searching for some rotten trees to hibernate in. Making it unique, depending on the area it lives in, its body color and head size vary quite a bit. This makes it a bug with many, many variations. 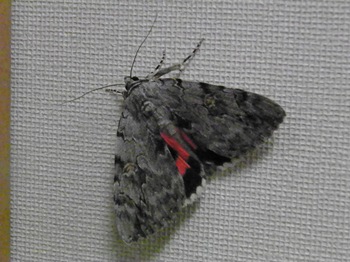 Next, this beni-shitaba above is called so due to the beautiful red and black pattern on its hindwings. When wanting to intimidate other bugs, this moth shows its hindwings to its target. In the human world, and not being a moth-lover myself, I can’t really see this moth being more intimidating than annoying (as all moths seem to be). But in the insect world, perhaps this guys holds a higher rank. 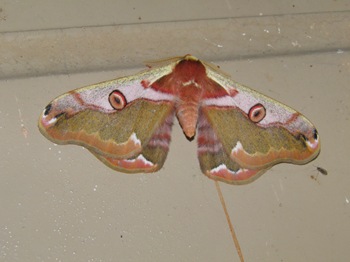 And here we have Mothra. No, really this rather large moth is called hime-yama-mayu. Being seen in September, this multicolored moth really has an exquisite pattern and stands out among others. As far as moths go, this one must be one of the most beautiful. 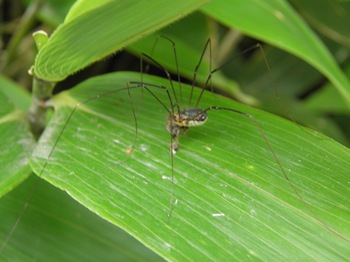 Not really an insect, this toge-zatou-mushi (a kind of daddy-longlegs) really loves moisture and for that reason can often be seen just after rain.

With the settling in of fall and the weather getting cooler day by day, there are only roughly two months or so for the bugs of Kamikōchi to be out and about. For you bug lovers, however, there’s still plenty of time to see the smaller world of Kamikōchi.