Things to watch out for

Japanese monkeys are the local celebrities of Kamikochi. A common nickname for Japanese monkeys in Nagano prefecture is Snow monkey. Being able to see them in their natural habitat makes up for a once in a life time experience, unless you’re a regular at Kamikochi. 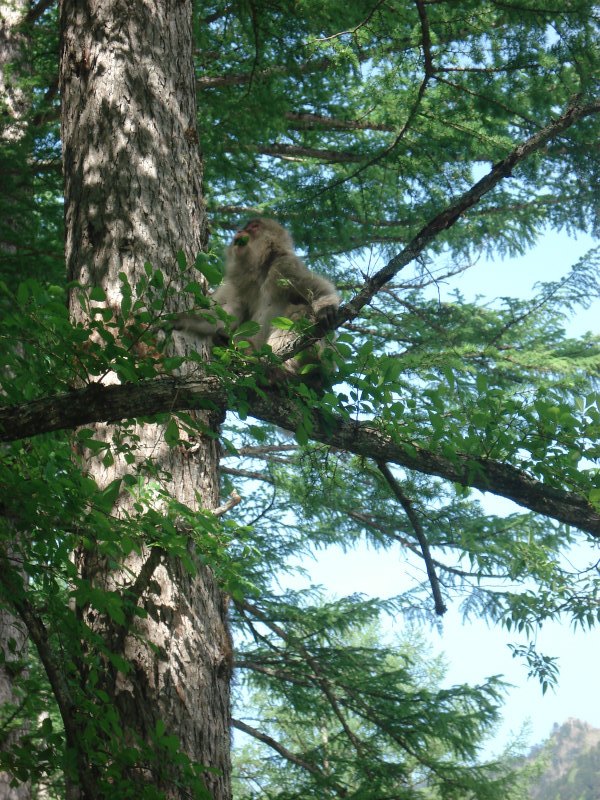 Japanese Monkeys are around all year long aren’t too shy. However keep in mind to let sleeping monkeys lie and remember monkeys, cute as they are, are still wildlife. Keep a few pointers in mind such as no feeding, staring, baring teeth and an appropriate distance to fully enjoy a hike alongside these cute, fluffy animals.

What comes to mind when you think about monkeys? To me, growing up in a more suburbian area, with only the occasional rabbit as wildlife around, the first thing that comes to mind is the zoo, next exotic jungles. Add snow to monkey and I would think of himalayan sceneries. Coming to Japan and seeing monkeys in their natural habitat, as you can experience at Kamikochi, was a first and valuable experience. Hiking in a beautifull mountain scenery with a rich variation of fauna and flora  around you, catching the occasional glimpse of monkeys around was a real eye-opener.

Japanese monkeys can be found all over Japan, all year long, except for Hokkaido and Okinawa. They are smart animals and fun-loving. Like humans, they wash their food,  bathe in hot springs in mountain areas and throw snowballs for fun. Being the local celebrities, they are blessed with appearances in almost every guidebook. 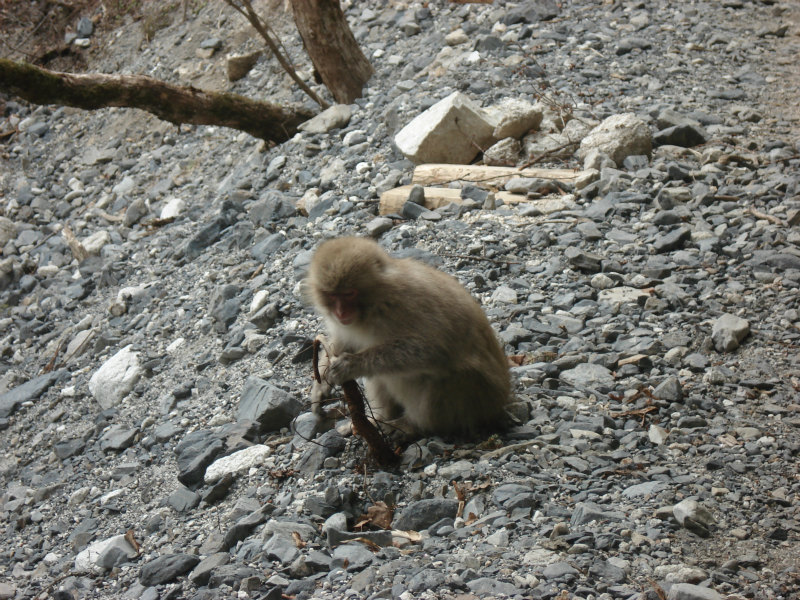 If you are wondering when the best time would be to come and see the monkeys, well, they don’t hibernate and aren’t too shy around humans either so you can find and see them all year round. However if you prefer to see them in their natural habitat and not in a park or zoo, as you can at Kamikochi, you have to take in mind that the mountain trails at Kamikochi close from November 16th untill April.

At Kamikochi you can hike alongside monkeys in their natural habitat while awing at the beautiful mountain scenery.  Being able to watch wild monkeys from up close is a valuable experience, but if humans and wildlife come too close, there are a couple of things you have to watch out for. Kamikochi is a national park where rangers and local people make efforts to maintain the fauna and flora, so please respect the natural habitat of the wildlife, and keep a fixed distance. Also, feeding changes monkey behavior. If monkeys get used to being fed and get a taste of human food they might start stealing luggage from tourists, break into cars, carry away goods from souvenir shops etc. Such problems have already occurred at numerous areas. 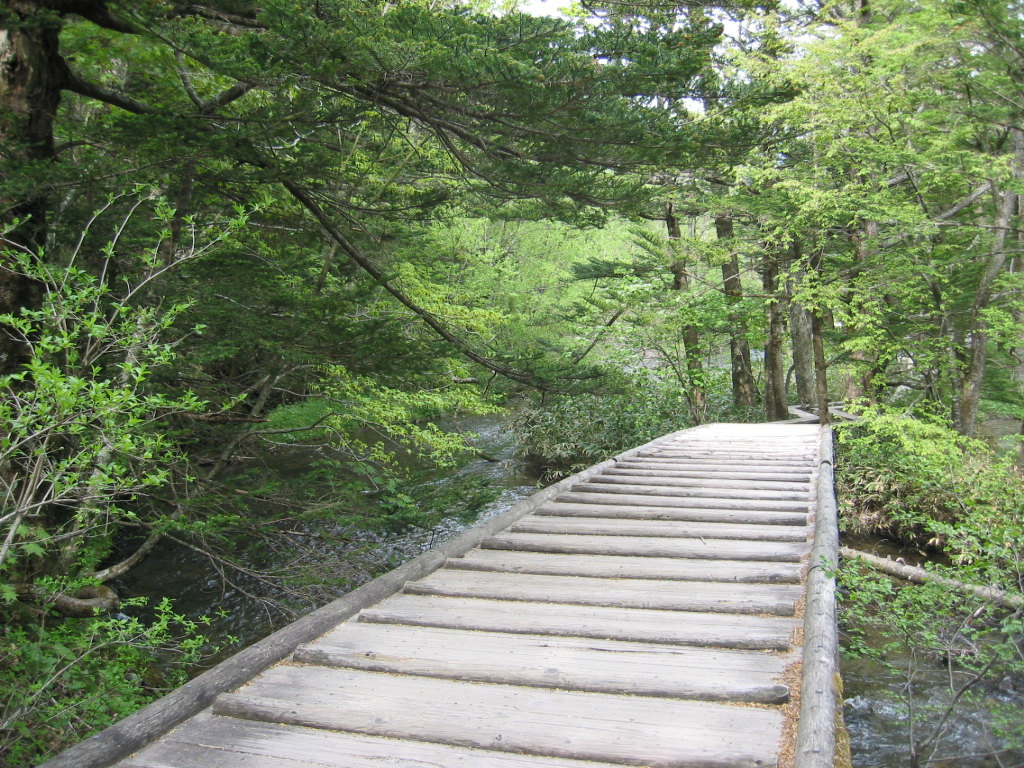 To make sure this doesn’t happen, feeding is strictly prohibited at Kamikochi.

All that fuzziness and cuteness might tempt to get up close and pat them, but you’re better off to think twice and remember monkeys are still wild animals. They can be fearsome opponents when provoked. If you stare too long at them they might get a bit aggressive, try to feed them from up close  and you might end up losing a finger. The monkeys of Kamikochi hardly ever proceed to injure humans. Unless people come too close or if you startle them. There have been records even at Kamikochi of monkeys jumping up to people, or pulling down pants. Monkeys have sharp fangs so if worst comes to worst and you would find yourself bitten and injured. This might sound a bit scary but if you behave, don’t make big noises, don’t let your guard down and maintain an appropriate distance there shouldn’t be any problem.

In spite of local efforts to preserve monkey lifestyle there have been incidents where monkeys have closed in on  the local community. To prevent further incidents 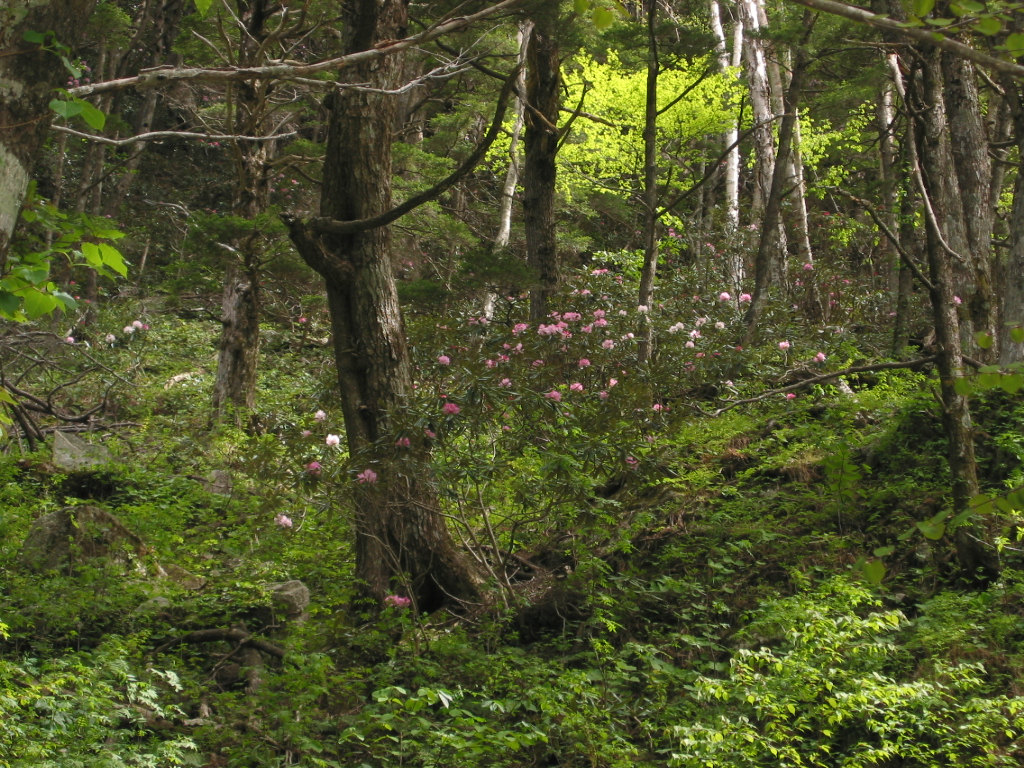 warning signs and two no-monkeys-allowed zones have been put in place at Kamikochi. Namely, Tashiro bridge area and Konashi plain. Within these zones monkeys are driven out by throwing rocks and other means to scare them off.

Things to watch out for

Just in case, you probably won’t need it, but in case you happen to find yourself in a pinch and surrounded by a horde of evil monkeys  what should you do? Here are a few pointers. First of all, don’t get too close, a lot of the people, if not all, who’ve actually been attacked, 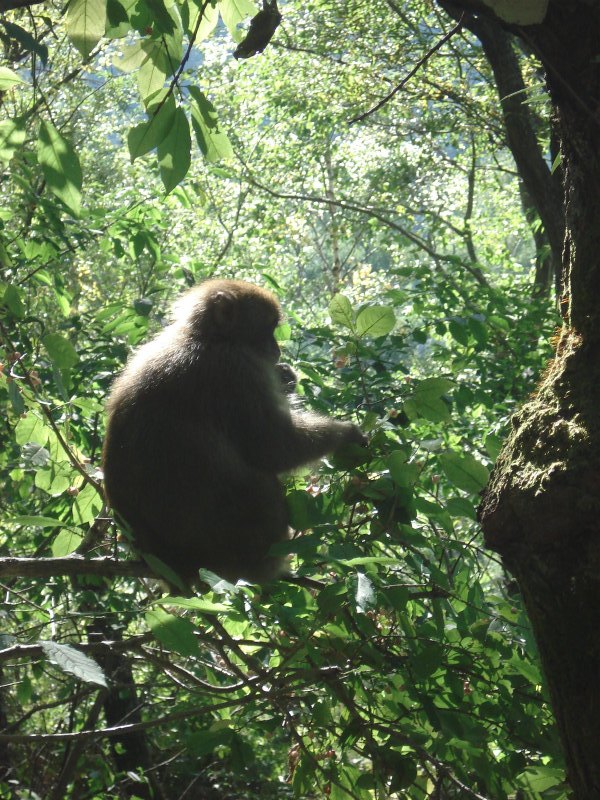 approached closer than necessary to take pictures and or called out to try and get little monkeys’ attention. Similar to us, if you mess with someone’s kids you get in trouble with the parents. You wouldn’t like a strange big creature trying to lure your kids away either. If you find monkeys on your way strolling don’t go looking for eye contact. In monkey body language eye contact means being interested, in a fight or maybe something else. In other words, if you turn your eyes away, it would mean your not interested, and monkeys, in return, won’t become interested in you.

Another thing to pay attention is not showing your teeth, this means smiling too. Baring your teeth as with most wildlife means you’re threatening them. As mentioned before, don’t feed or the townspeople and people hiking there after you will get problems. If monkeys start to like our food they might raid souvenir shops, restaurant, hotels and backpackers in search for some more of that delicious stuff you gave them. If it looks like you are going to be attacked、throw rock, sticks  or anything you can grab a hold of. Seriously, if they think you’re not being serious and just fooling around they’ll know and attack anyways. So just pretending to throw a rock or gesture to shoo with your hands or bag will have no effect. Monkeys will only attack if they think you are weaker. If you look scared try to look angry instead. If you look strong, confident and aggressive they’ll be impressed and just linger off. Please remember to let sleeping monkeys lie.

This might be a lot of warnings, but don’t let this scare you off. If you’re careful, there are amazing places to explore and beautiful hiking trails to experience at Kamikochi.