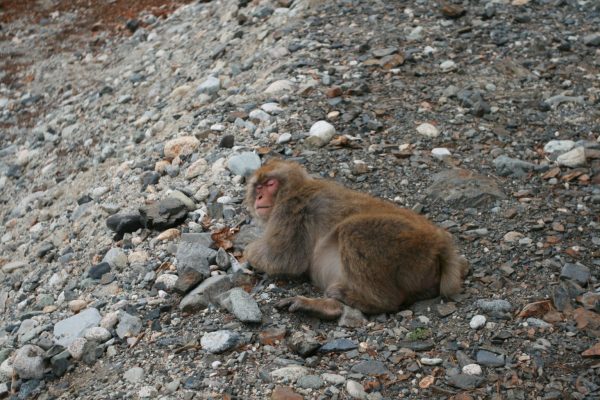 Hello to all of our readers around the world. I should start with a word of explanation about why his week’s blog is shorter than usual. It turns out that my ambitious plans to post the first in a three part guide to the Northern Japan Alps were a little too ambitious and I didn’t manage to finish in time. Instead, we’ll take this opportunity to remind you of the dos and don’t of encountering monkeys at Kamikochi.

By way of introduction, the species of simian often referred to as “snow monkeys” are formally known as Japanese Macaques. The are charming but volatile creatures that might turn hostile if not given space and treated with respect.

While you might think that slumbering simians like the one pictured above would enjoy being awoken for a midday chat, we’re told the opposite is true. Like anyone, they don’t enjoy being jolted awake and tend get stroppy. Leave them to their beauty sleep! 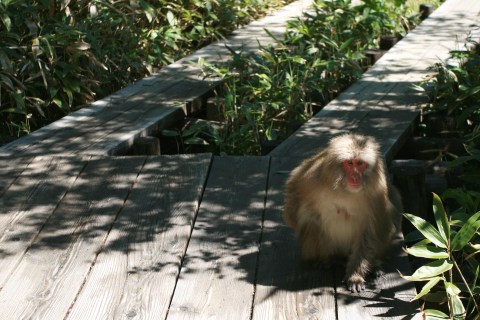 “You talkin’ to me? I don’t see anyone else around.”

Like other primates, macaques may perceive eye contact as threatening behavior. Even when taking pictures, is advisable to direct your gaze away from the monkey to avoid giving the impression of watching them closely. 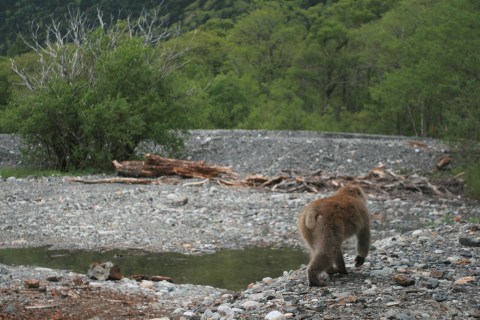 You may struggle to resist the urge to offer monkeys food, but please remember that doing so is strictly forbidden by national park regulations. The rules have been created to both to preserve the natural environment from disruptive human influence and to ensure your own safety. Obey them. 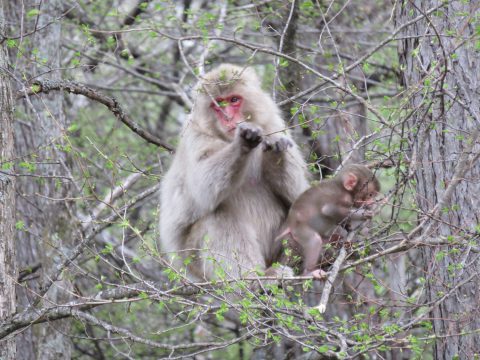 There’s nothing quite as adorable as a baby macaque loafing around in the trees and the mere sight of them snuggling up to their mothers will melt even the stoniest heart. That said, going anywhere near them is a sure way to press that doting parent’s berserk button. Make no mistake, a maternally outraged macaque will mess you up and ask for seconds. Don’t give her an excuse.

Giving monkeys a wide birth may be common sense (even if it’s disregarded with astonishing frequency), but you may be less aware of the across the board ban on feeding animals, picking flowers, and other acts of interfering with nature. That is the common sense that we hope all visitors of the park will bring with them. After all, everyone is free to enjoy Kamikochi in a thoughtful and responsible manner. 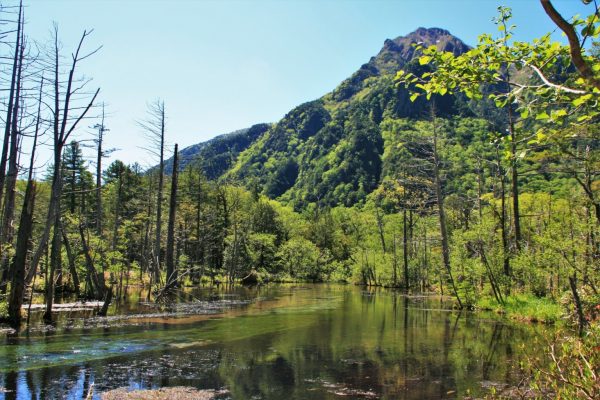