It has been announced that Kamikōchi is tentatively scheduled to open on April 20th. Less than one month away, Kamikōchi is almost ready to welcome everyone back! So how is Kamikōchi these days?

Well, last week, as a first for the new year, several staff members of the Gosenjaku Hotel and Lodge Group made their way to Kamikōchi. As it would seem to anyone who knows Kamikōchi, their first impression was that of Kamikōchi in April. Not that it was warm, but rather the remaining snowfall was like scenery from mid-April of last year. Especially the mountains are a lot less white this year, with dark ridge lines making their presence known. Here, you can take a look at Mt. Hotaka-dake and Mt. Yakedake of last week. 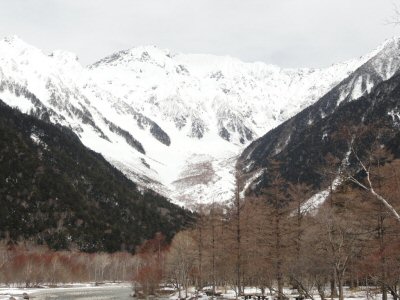 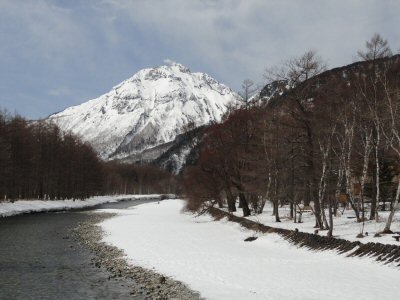 The remaining snow is minimal, but temperatures are still low as everyone soon found out on their walk toward the hotel. Below, the path under their feet was the crunching of cold snow, pretty much frozen in place. 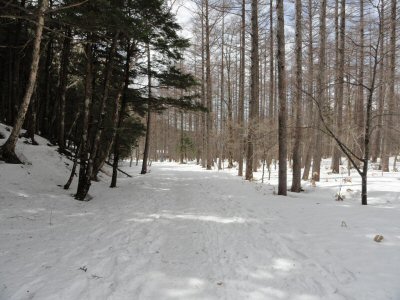 Conditions in front of the hotel were the same. 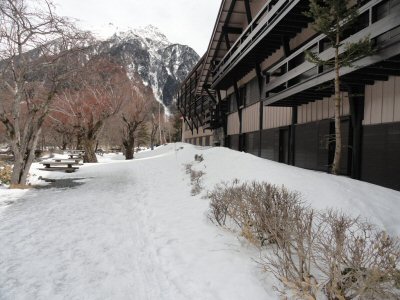 And the same at Konashi-daira Campground. 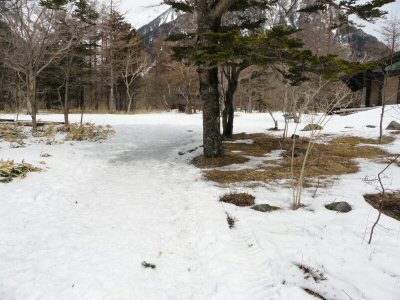 A bit more lively, however, was the Shimizu-gawa River whose clear water always flows so beautifully. 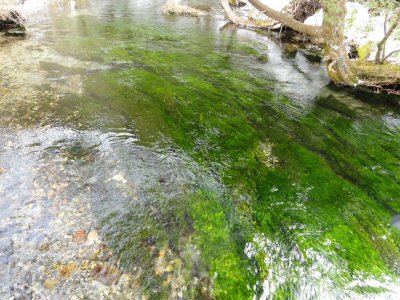 Also, up above in the trees, life is really to come out of hibernation as new buds get ready for spring. 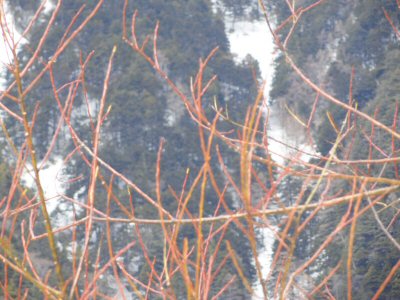 Little by little, things are beginning to stir in Kamikōchi. With transportation and services scheduled to recommence on April 20th, we have only a short wait left. Should this schedule be subject to change, we will post any such information.