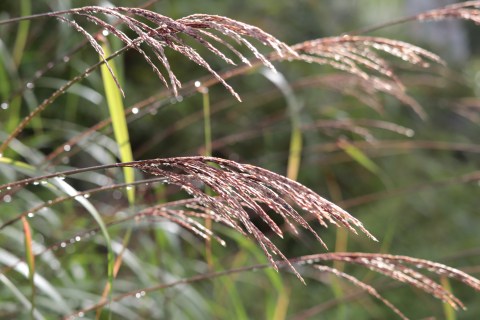 Susuki also known as “obana” is a type of pampas grass associated with autumn in Japan.

With the hottest days of summer now a distant memory, the slow onset of autumn is well underway. The season’s iconic leaves won’t begin to peak until several weeks from now (more on that in a moment), but other signs of the final phase of Kamikochi’s tourist season are apparent: the daily highs barely scrape 20 degrees Celsius, the last of the winter snow has finally vanished from high mountain crags, and species of flora associated with autumn have begun to appear.

The photo above shows a species of pampas grass called susuki or obana in Japanese.  While not as dynamic in appearance as autumn foliage, susuki has a certain literary pedigree that stretches back over 1,000 years. During the Nara Period (710-94), a poet named Yamanoue no Okura contributed a the piece, Aki no Nanakusa (秋の七草, literally “the Seven Grasses of Autumn”), to a famous poetry compendium called the Manyoshuu. So doing, he helped solidify the plant’s status as a symbol of early autumn. 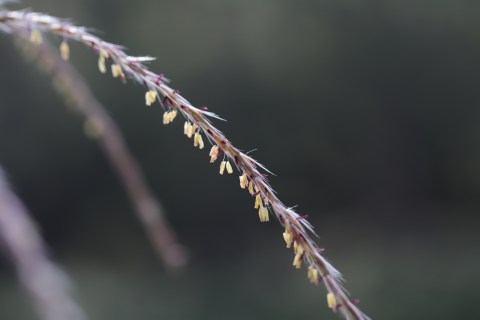 Along with seasonal flora, you can see animal behavior specific to the season, such as the evocatively named mofumofuhachi bee gathering pollen for seasonal flowers. 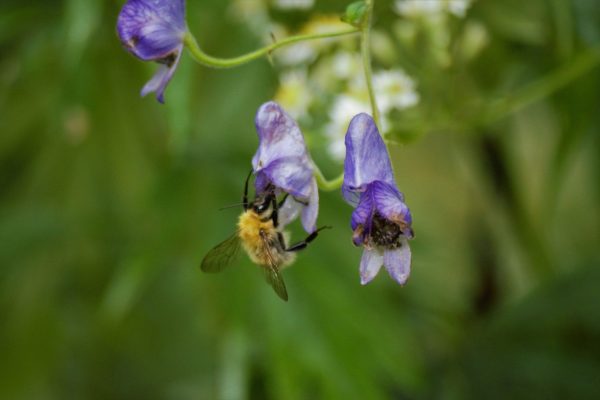 Unlike the notorious susumebachi, this species of bee is relatively quiet and non-aggressive making it possible to observe from nearby. (Just don’t get so close as to disturb the little guys).

Not far from Kappa Bridge, a Eurasian nuthatch could be seen scurrying round and round the bow of a willow tree (presumably unable to contain his excitement about the coming autumn foliage season): 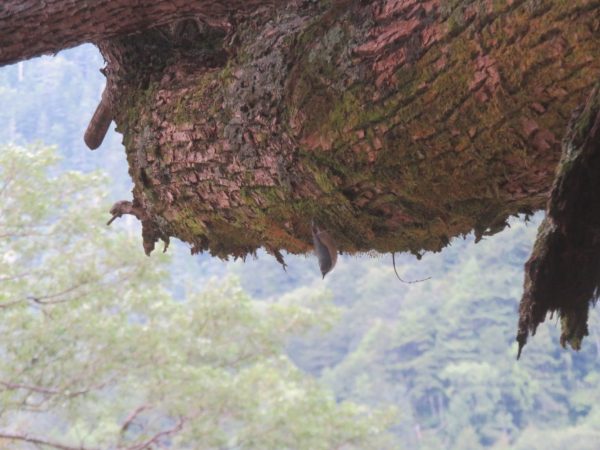 And now, a word on the coming autumn foliage season:

Many of our readers will no doubt want to know what the prospect for autumn leaves this year is. For detailed info, have a look at this handy guide from the Visit Matsumoto page: https://visitmatsumoto.com/en/fallleaves/

In a nutshell, there won’t be much happening leaf-wise until the end of September when the colors start to peak in Karasawa. At 2,000m elevation, the Karasawa Col gets the foliage a lot sooner, attracting crowds of hikers intent on seeing the best the season has to offer. There is a window of about 10 days from the end of September to the first week of October when you can take the hike up and enjoy the mosaic of reds and yellows that decorate the mountain slopes up there.

The foliage comes later to central Kamikochi. In mid to late October, you can see maples in the Kappa Bridge area. The larches start dispalying their fiery yellow hues nearer to the end of the month.

Thanks as always to the fine people at Five Sense for supplying the info and images we use in our Kamikochi blog. We’ll be sharing more images of the autumn season as it develops. Till then, we hope you have a simply splendid weekend.