About one and a half months have now passed since the Kamikōchi Heizan-sai (Closing Festival) in mid-November. Leaving the warm and sunny Matsumoto for a trip to Kamikōchi these days is guaranteed to give you a big change in scenery. So, what is Kamikōchi like now?  Well, take a look. 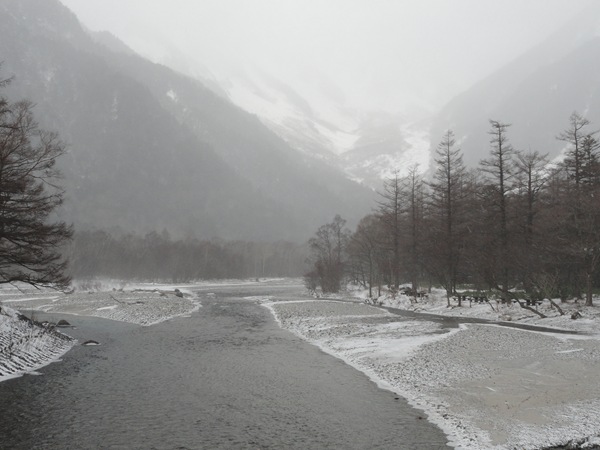 Visiting Kamikōchi on Tuesday, the weather was completely different from that in the city. A winter storm dominated the scenery with fiercely winds and blowing snow. And while the temperature in Matsumoto was about -1℃, Kamikōchi was a bitter -7.5℃. To top even that, however, inside the buildings was a frigid -10℃.

In this next picture of Kappa-bashi Bridge, you can see the snow coming down. If you look at the ground, though, you’ll notice that the snow is not deep at all. In fact, this year snow is hardly falling enough to collect. 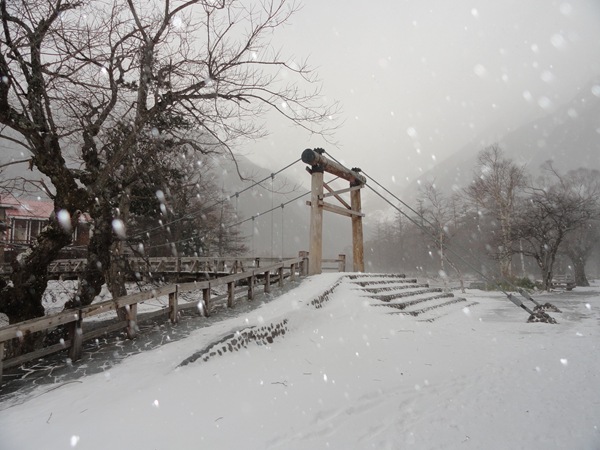 With the strong winds blowing over the Azusagawa River, Kappa-bashi Bridge is almost completely free of snow. 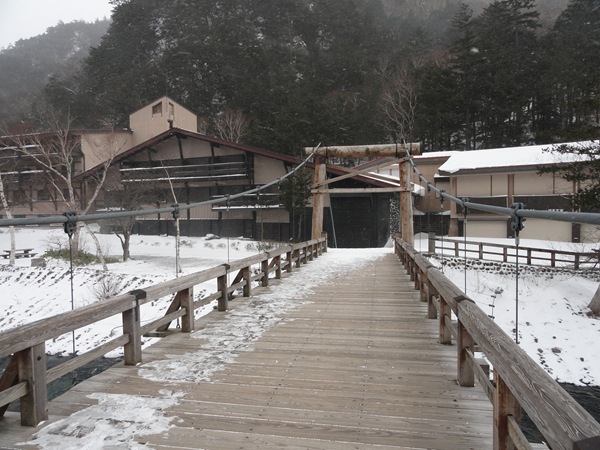 Looking at the snow found around the Gosenjaku Hotel, it seems that snowfall is roughly half of average. This year the snow may be less than average, but the cold is not. 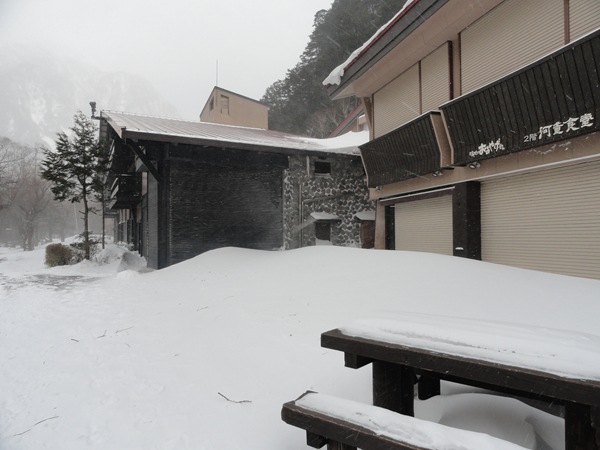 Below, the sun tried to pierce its way through the clouds from behind Mt. Roppyaku-zan, but it was fighting a losing battle. 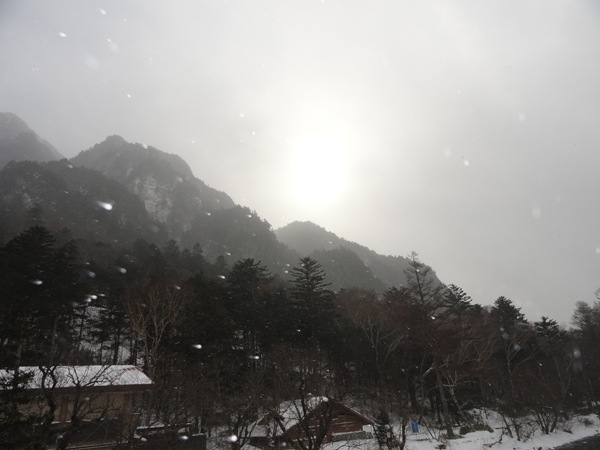 For any of you thinking about visiting Kamikōchi in winter, remember that it is not something to be taken lightly. In addition, roads and hotels are all closed until late-April and that the only way in is on foot. With that said, for the time being, it looks like Kamikōchi will remain relatively easy to get around without all the snow. But, it’s hard to predict what will happen next as it is still only December. I, for one, am looking forward to seeing what Mother Nature has in store for us this winter.