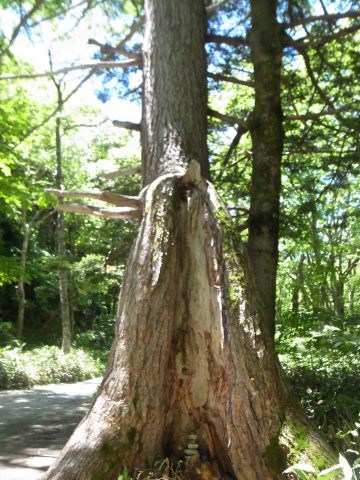 There’s a voice that keeps on callin’ me…

…back to the grand vistas and soothing strolls of Kamikochi in the autumn.  Lately, we’ve been reporting on the progress the current autumn foliage season and, as you can see, there’s already a decent amount of color on some of the trees:

Even with Typhoon 24 tearing some of those leaves off the branches, there’s plenty to please foliage fanciers from now until the end of the month. If you’re wondering about exact dates for the peak period, we’re sorry but there aren’t any. Different kinds of trees peak at different times of the month and it varies from year to year. You can expect to see some nice maple foliage in early October. These yellow leaves in the picture below are on a Hokkaido bird berry tree: 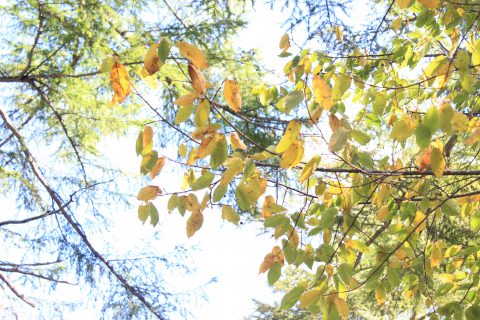 But the tree most closely associated with Kamikochi’s koyo (黄葉) is the Karamatsu, or Japanese Larch: 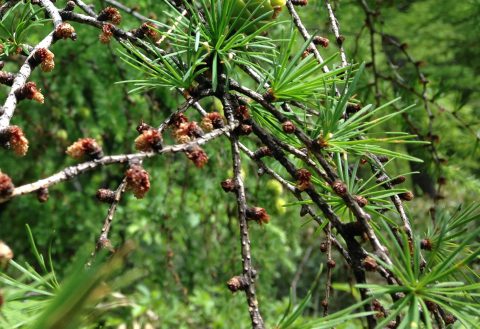 This close-up of the needles on the branches might look forbiddingly prickly, but unlike pine trees, the larch has quite soft needles. The Karamatsu is also a latecomer to the autumn pageant with peak yellows arriving around the end of October as a sort of season finale.

Among the many stately specimens of the larch in Kamikochi, one old stalwart stands apart from the crown. Located by near a forest path between Kappa Bridge and the Myojin area, the so called “Mito Koumon Karamatsu” (水戸黄門カラマツ) is a living monument to natural fortitude. It’s now estimated to be over 300 years old and gained its unusual crooked shape from having been struck by lightning in years past. 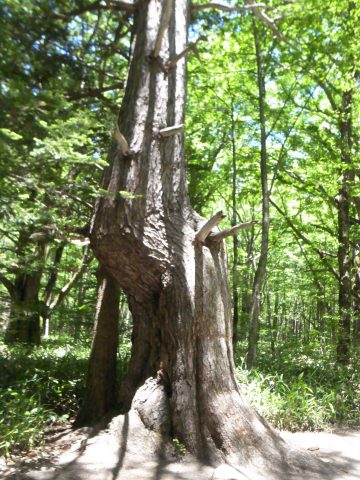 Fans of the long-running Mito Koumon television series will recognize the name as that of the show’s title character. In you’re unfamiliar with this staple of Japanese pop-culture, try to imagine the A-Team meets The Littlest Hobo in Edo Period Japan. The Protagonist is a high-ranking former official of the Tokugawa Shogunate who travels around feudal Japan with his bodyguards Suke-san and Kaku-san in disguise. Together, they combat injustice through a combination of sleuthing, fisticuffs, and timely displays of a crested lacquer ware case. Despite being as formulaic as Scooby Doo, it’s a well loved series and commands instant recognition among the Japanese.

Presumably, the tree gained its name due to a resemblance to an elderly man supported by two assistants. And indeed there were two trees (the Suke-san and Kaku-san in this scenario) supporting Mito Koumon from either side in days past.  These days, the left hand attendant seems to have succumbed to some malady leaving only the right hand attendant to soldier on in his place.

So, if you find yourself trekking toward Myojin from the direction of the Shimizu River, be sure to pay the old guy a visit. He’ll be glad of the company.

Just ask about the “Mito Koumon Karamatsu” and the helpful staff at the Kamikochi Visitors’ Center can point it out on the map for you.

Thanks, as always to the bloggers at NPG for producing top notch content week after week and providing us with material for this week’s blog!