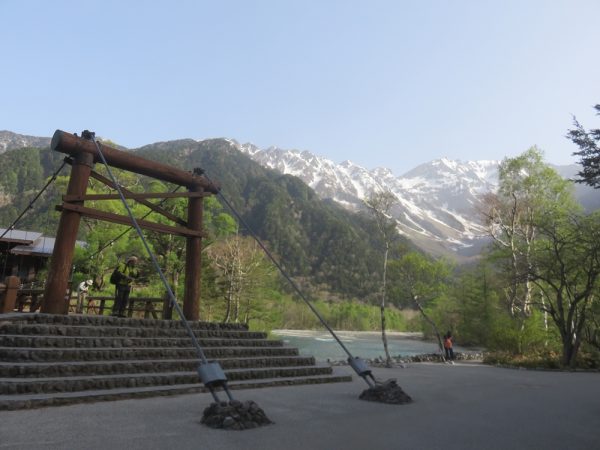 No sooner had we concluded our coverage of autumn 2018 than questions started pouring in from people planning visits for next season. As luck would have it, the National Park Guide Kamikochi blog has posted a piece recommending various time periods in which to visit the park when it opens again in 2018.

For simplicity’s sake, we’ll be covering the period during which Kamikochi is open to the public: from around April 17th (ten days prior to the official opening) and November 15th. It should be noted that it is possible to hike into Kamikochi via the Kama Tunnel during the off season. Such visits are potentially dangerous and not recommended for casual visitors, but essential info on how to approach them can be found in this old post from the end of 2012: https://www.kamikochi.org/nature/safety-and-awarenes-are-key-as-winter-nears-its-peak 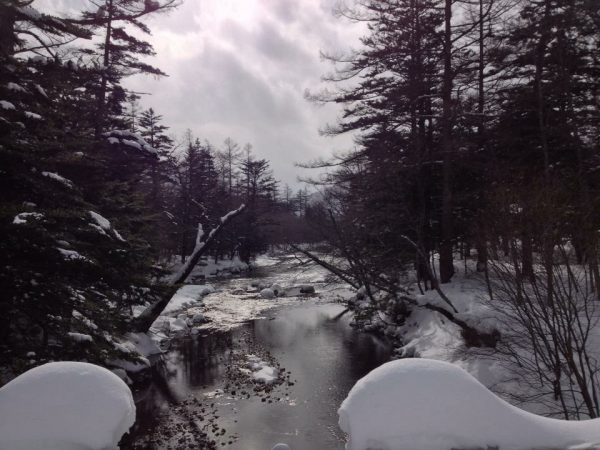 Be sure to review the above info point by point if you’re considering an off-season excursion. Additionally, this post from January 2014 offers a firsthand account of a snowshoe excursion: https://www.kamikochi.org/blogs/snowshoeing-in-kamikochi

Lastly, we also recommend that anyone interested in snowshoeing check out this package offered by Guest House Raicho: https://alpinewonderland.com/product/short-snowshoe-tour-in-kamikochi/

Now, back to today’s topic:

Early spring is celebrated for its snow-capped mountains which stand out brilliantly against the clear blue skies. It’s still chilly, so jackets, hats, gloves, and sturdy weather resistant boots are practically a must. The bloggers at NPG recommend a late April to early May time frame to enjoy the best of early spring. 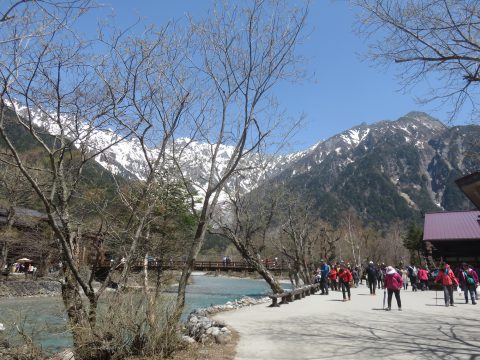 Having myself visited the Karasaw Col in late May, I can also attest to wonderful mountain views toward the end of the month. You’ll need some decent crampons to get up there through the snow, however.

If you visit between late May and early June, you can take in the celebrated shinroku period when lush green foliage appears on the branches. As a bonus, there will still be snow on the mountains making for some incredible vistas on clear days. 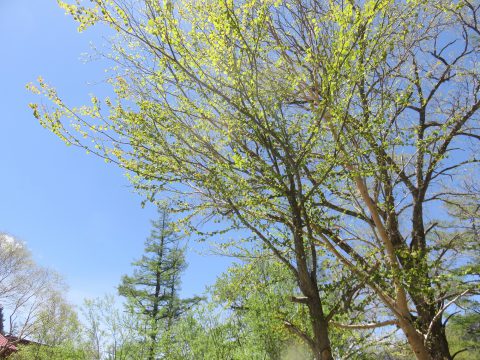 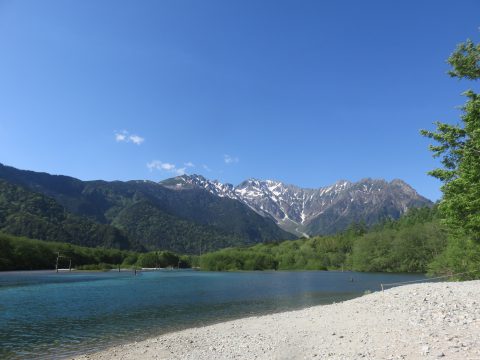 From late June to Early July, Kamikochi enjoys a window of relatively light rain before the heavier, late phase of the rainy season arrives. Check the weather forecast and try to visit on a clear day for pleasingly cool temperatures. 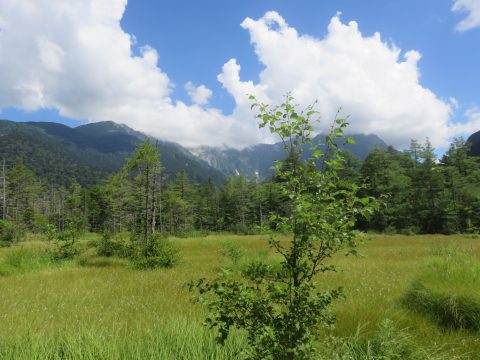 Also known as “peak tourist season,” the period between mid-July and mid-August sees Kamikochi welcome visitors from around Japan, all seemingly intent on beating the summer heat.  If you are allergic to crowds, you’ll want to avoid early to mid-August or at the very least visit on a weekday.

The First Flowering of Autumn: 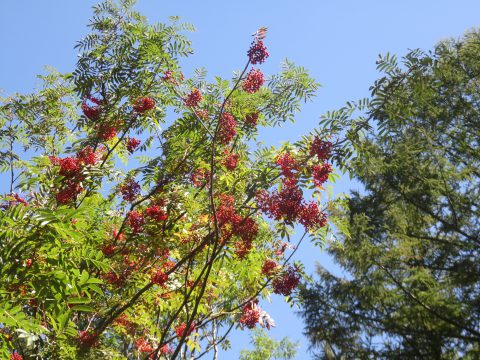 We tend to associate autumn with colorful foliage, but the flowers and berries that appear earlier in the season also add an appealing accent to the scenery. The period between late August and early October is also warmer and less crowded than the peak foliage season. 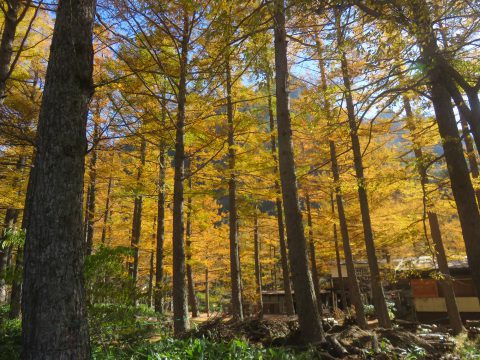 Late October (say, the 20th to the 31st) is when you can expect to see the brightest colors on Kamikochi’s trees. The maples peak toward the beginning of this period and larches toward the end. But don’t get too bogged down in the particulars; just pick a sunny day and you’re guaranteed to have an enjoyable visit.

What’s Best for You?

Shrewd readers will have noticed that we covered most of Kamikochi’s tourist season in this guide. To tailor an experience perfectly suited to your own tastes, we recommend visiting during a time that appealing to you and your companions. There’s a lot to choose from, and a taste of each of Japan’s four seasons.

Thanks as always to the bloggers at NPG. Their detailed and sumptuously illustrated posts remain a source of inspiration throughout the calendar year!