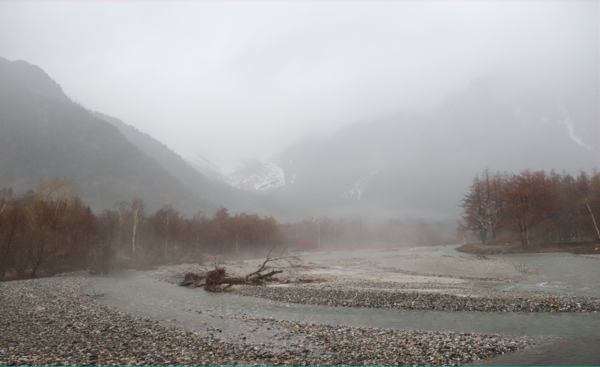 Advisory: Anyone planning to visit Kamikochi for the Opening Ceremony tomorrow should be aware that the forecast currently calls for temperatures around 1 degree Celsius and that fresh snowfall is a possibility. Please check the weather forecast and prepare accordingly.

Hello to all our readers around the world. The day before Kamikochi’s official opening on April 27th has been a wet one here in Nagano and there may even be snowfall tomorrow in the park itself. We’re here to give you some updates on conditions in the park including those all important details on which paths are now open.

The following information was taken from a post the Nature Guide Five Sense Kamikochi blog dated April 23rd, so it’s fairly up to date on current conditions. Thanks to frequent Five Sense blogger Sakura for this valuable info. 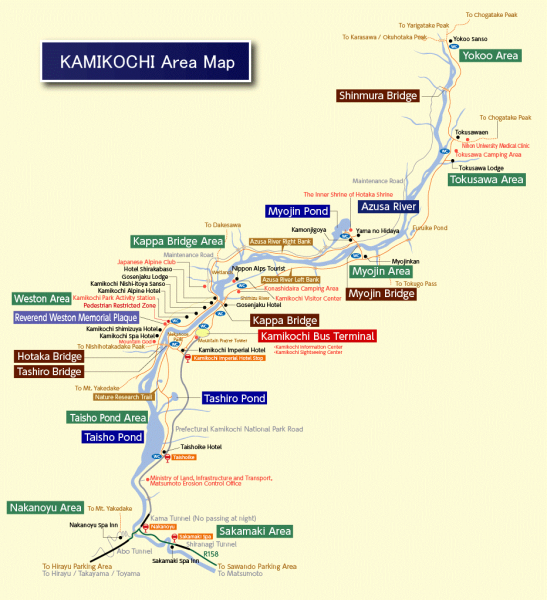 NOTE: The  comments below refer to routes on the left and right banks of the Azusa River. This can be confusing if you are facing upstream from Kappa Bridge, so the easiest way to remember is that the side of the river with the Bus Terminal is the left bank and the opposite side of the river is the right bank.

Taisho Pond to Tashiro Bridge: currently closed due to snow remaining on paths.

Tashiro Bridge to Kappa Bridge (via right bank): open and accessible even to people wearing sneakers or similar light footwear.

Kappa Bridge to Myoujin (via left bank): as much as 15cm of snow in places; beware of mud puddles where snow has melted; hiking boots strongly recommended.

Kappa Bridge to Myoujin (via right bank): currently closed due to snow remaining on paths.

Myoujin to Tokusawa: as much as 1m of snow in places; boots suitable for walking in snow are needed on this path. 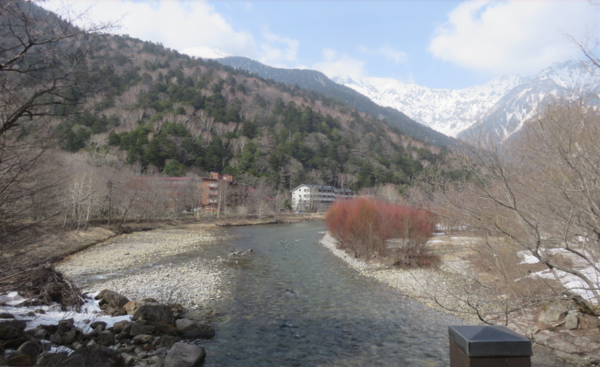 That’s all for this brief and info-heavy post. We’ll be back next week with coverage of this year’s opening ceremonies. Remember to dress warmly if you make the trip out.